The pros call them roadable aircraft, but the term flying cars strikes a resonant frequency with something in our genes.

We’ve been promised flying cars, most of us since we were children. It’s well nigh we get them.

It may surprise you to find out, we already have them. We’ve had them, for a hundred years, but none of the flying cars we’ve had ever took off.

Actually, that’s not true at all. Many of them took off. It was more a matter of how they came down that was concerning.

The good news is modern technology. If you’ve got the cash, we’ve got flying cars that you can buy right now. Keep reading…

Invented by Glenn Curtiss in 1917, this auto plane was our first attempt to build a flying car, and why not?

Turn of the century futurists of Curtiss’ day predicted flying cars would be the only way to commute in the future. The inventor who could get there first was sure to have wealth beyond the pale.

For Curtiss, the AutoPlane suffered one major setback. It couldn’t actually achieve flight.

Curtiss, an airplane engineer, bolted what looked like a Model T to his triplane Model L trainer. The front wheels turned like a car, and the wings came off for driving, but it was more show than go. 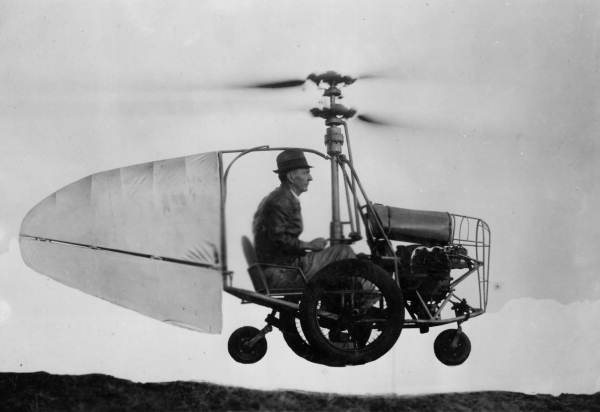 Dixon’s Flying Auto is the helicopter variety, more often depicted in futurist art. His design was two blades, which spun in opposite directions, about a foot above the operator’s head.

It was a car built for one, with four wheels in a diamond pattern under the body. The engine of Dixon’s invention was a forty horsepower engine, powered by foot pedals, steered by the rudder.

The tall-tales surrounding Dixon’s car flew higher than any proof of flight beyond this image. Reportedly, it could fly 100 MPH, turn on a dime, fly backward and sideways. 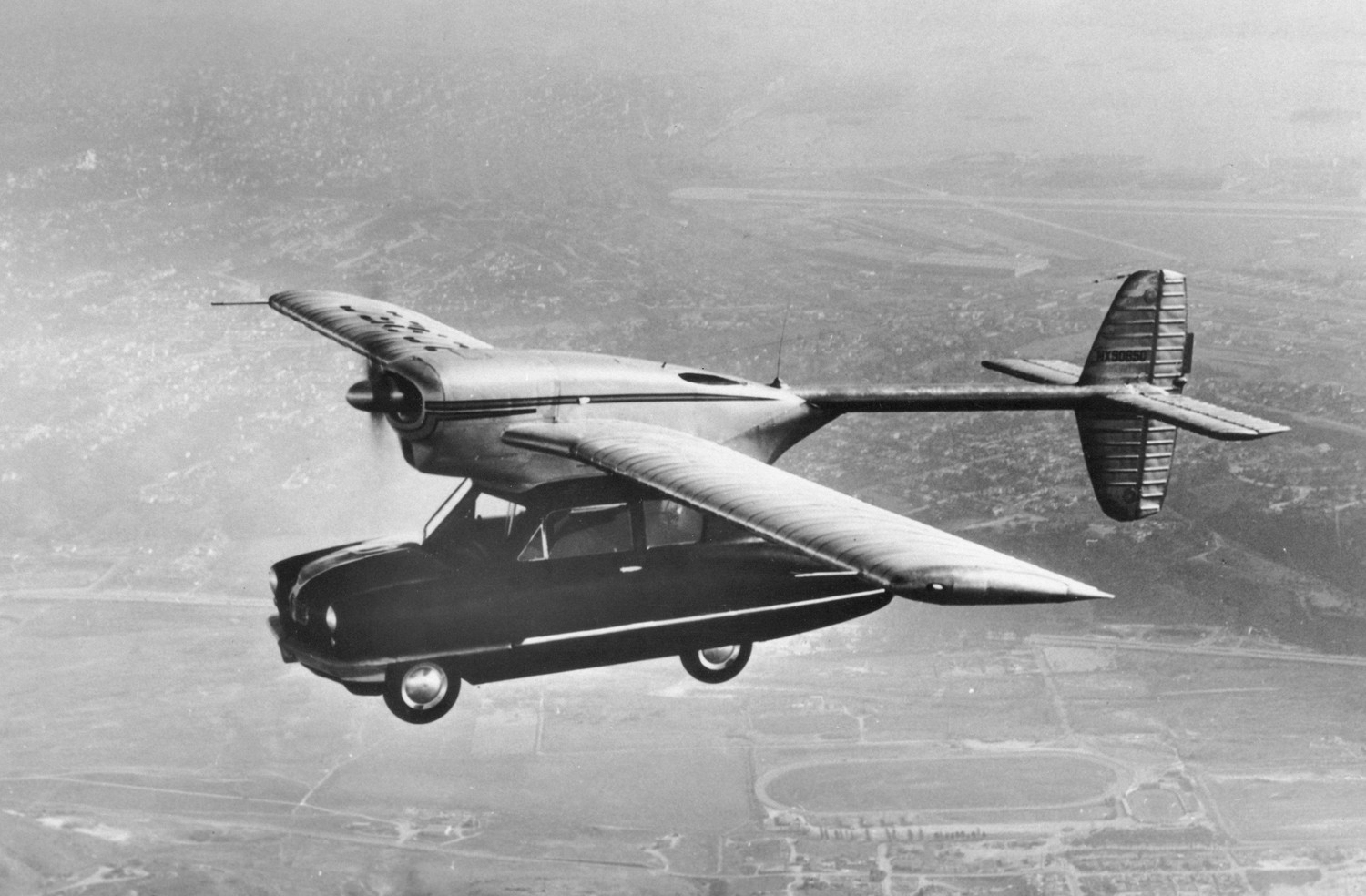 The simple answer to creating a hybrid plane and car is to bolt a car onto a plane. The Convair Model 116 was just that.

There was only one prototype built of the model 116, but it flew 66-flights during its life.

When Convair attempted to improve the design, building the model 118, they upped the engine from 130 to 190 horsies.

Before they could start mass-production, the 118 crashed from operator error. He was reading the car’s gas gauge, not the plane’s. It was out of fuel. 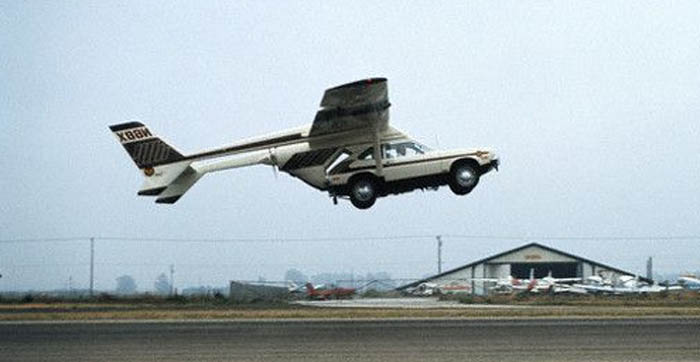 You know you have a good idea when people copy it. The people behind the Convair models should take it as a compliment that three decades later the best we could do is duplicate the same idea.

Advanced Vehicle Engineers (AVE, which means bird in Spanish) welded a Ford Pinto to a Cessna Skymaster. That’s right, a Pinto, bolted to a Cessna.

They called their Frankenplanecar the Ave Mizar.

It flew, alright, but before they could mass-produce them, one wing of the prototype crumpled mid-flight, crashing the prototype. 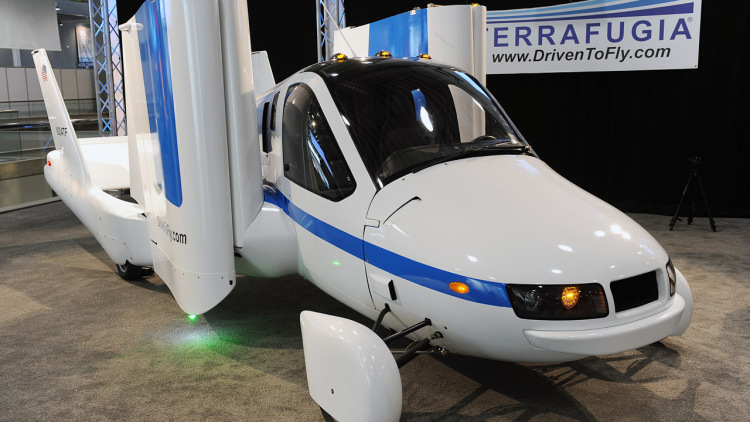 The Transition is an airplane with four wheels and fold-up wings. It’s more like an inefficient airplane than a flying car, but it’s a lot sexier than were the Model 116 and the Mizar.

Unlike the next one on this list, the Transition can carry more than one passenger.

All that said, the Transition is still in transition. One cannot yet purchase it. According to their site, they intend to deliver models to buyers in the next three years, but the site doesn’t from when those three years start.

If it was 2012, we’re a couple of years overdue. They should be everywhere! At least, there should be a link to “buy” on their site, unless one has to know the secret handshake. 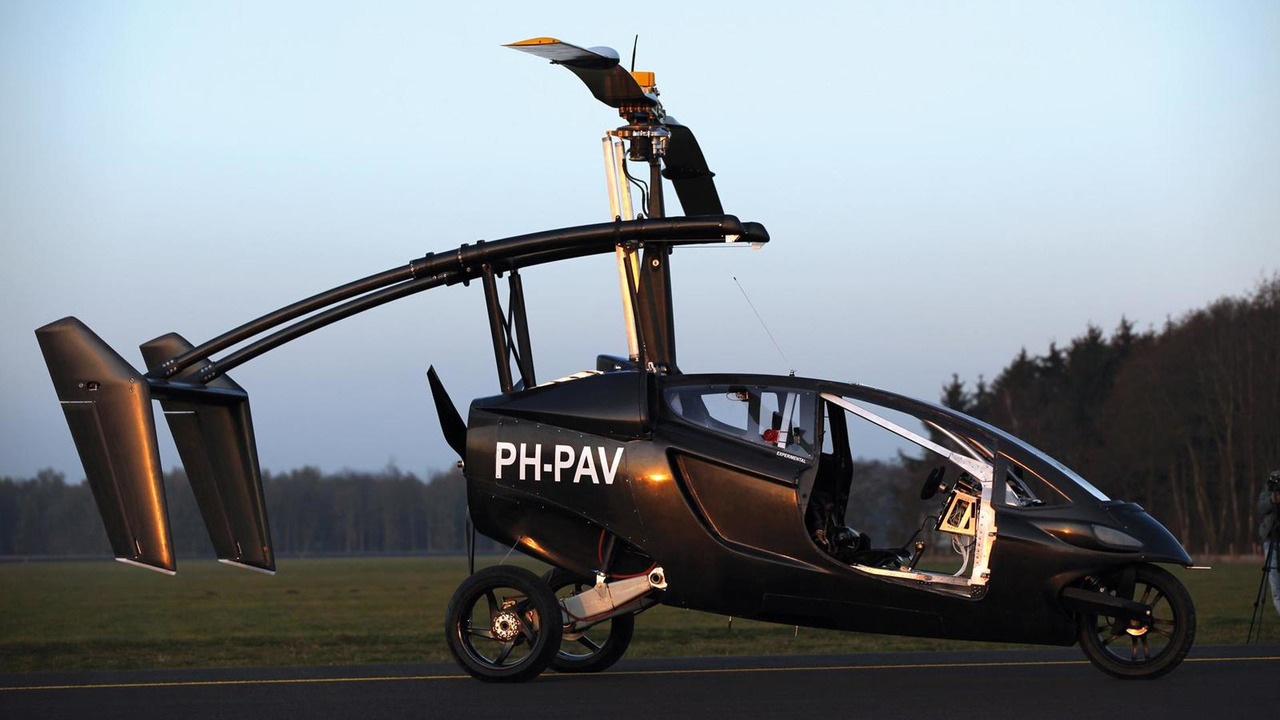 By the time International B.V., the Dutch company who created the PAL-V ONE made their vehicle, we were well beyond the timeframe futurists predicted.

We were all supposed to have flying cars before 2000.

The PAL-V ONE is not even a car if you consider it only has three wheels, but it is a technological wonder. To fly, the retractable blades extend and the onboard computer diverts power from the wheels.

The undercarriage is more like a motorcycle. On the road, the trike leans into turns, eliminating the normal dangers associated with three-wheeled vehicles.

It can drive and fly at speeds of 112 MPH and fits one person. The PAL-V just went into production in February of 2017, the first models for $600K, but they intend to release a $400K version next year.

If you’re into the future of roadable aircraft, check out the Pop.up from Airbus and Italdesign, an autonomous drone that converts into a car. They’ve not yet made one, but have the design and it looks familiar.

Or, just watch their promo video: