The internets are famous for crazy pictures of cars in precarious places. The story is always assumed by the picture but rarely do we get to find out how that pickup truck landed on a yacht deck.

Making up a better story in my head is my preference.

These stories, however, are true tales from the road, pulled from all over. Read them, then thank your stars none of these are from your life. 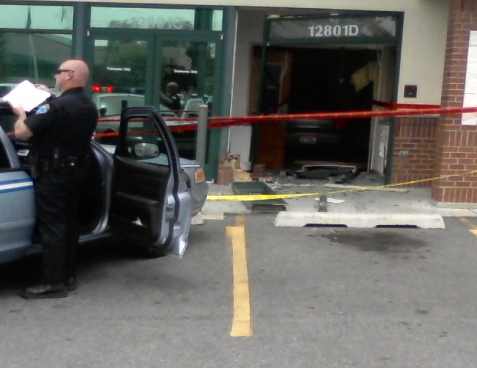 When a man in Spokane Valley, Washington needed to renew his license, he headed to the Department of Licensing.

As he pulled into a parking space outside the DOL, his foot slipped off the brake then slammed the gas pedal.

First, he hopped the curb, then blew through the front doors until he was completely inside the DOL. 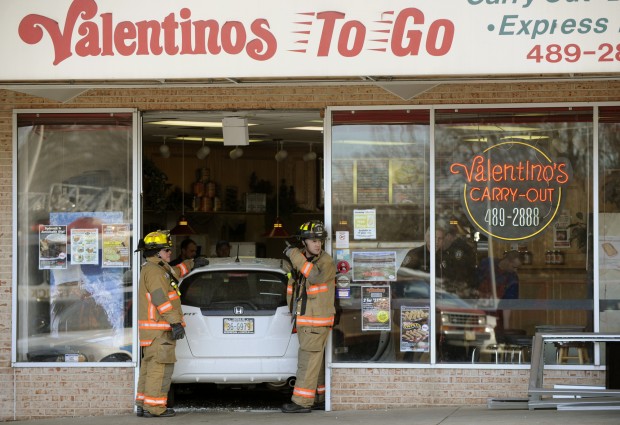 In Lincoln, Nebraska you have options for pizza, but if you want take-out, Valentino’s is the place to go.

Valentino’s doesn’t have a drive-thru, but that didn’t stop one man from trying in January of 2013.

Allegedly, the man’s foot stuck to the accelerator and he drove through the front door with his Honda Fit.

Nobody got hurt, thankfully, but someone called 911 to be sure. 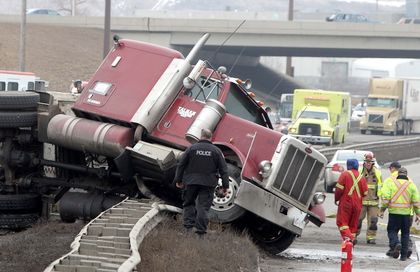 If you should ever choke on something while alone, the best thing you can do is thrust your body onto the back of a chair or some such sturdy surface.

The force against your diaphragm is your best chance to cough up the offending blocker. One semi-truck driver found himself in this predicament in 2011, but while driving down the highway.

Richard M. Paylor was choking on a piece of apple while driving and lost so much oxygen, he passed out.

When he awoke, he’d crashed over the barrier with his truck, slamming his body into the steering wheel of said truck. The force popped the apple piece onto the dash where police found it.

The crash saved his life. 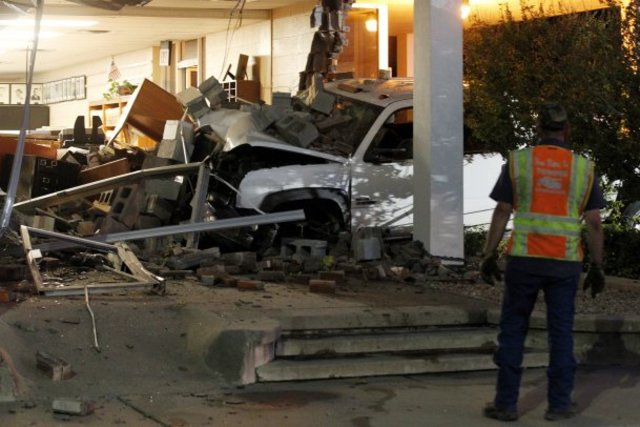 If you ever find yourself so desperate you have to steal a vehicle, try to avoid accidents. It tends to draw unwanted attention to the theft.

Also, try not to crash into the police station.

In 2012, Amanda Jeffries did just that. In fairness, the police were already chasing her, so it wasn’t like she was gonna get away with it.

Crashing into their administrative office wasn’t wise for earning their leniency. 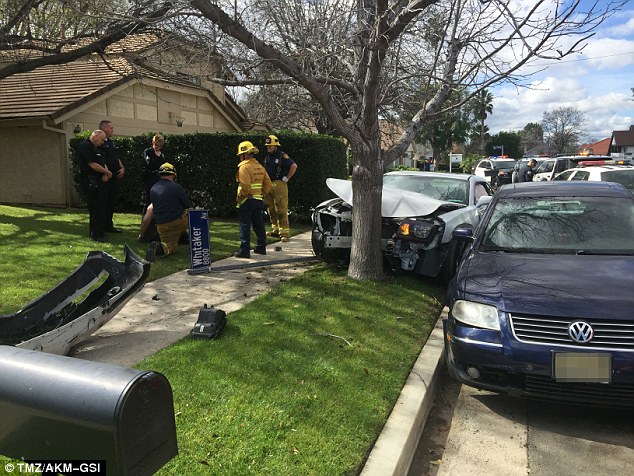 While he was driving the stolen vehicle, the boy passed his mother going the other direction.

Distracted, he crashed into a tree, injuring his hip and breaking his nose. Police charged him with reckless driving and operating without a license.

They probably still haven’t allowed him to take his driver’s license test. 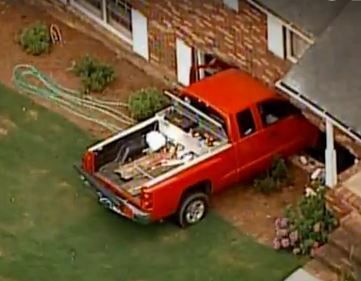 In 2013, when Kathleen and George Williams came home, they found a red pickup truck through the front of their home. What they found out from the police was unbelievable.

The neighbor, while unloading groceries, left his toddler in his truck. The boy somehow put the truck in gear and rolled across the street until the truck hit a lower window on the Williams’ house.

The boy was fine, but the truck would need some paint and the house a new window.