There are fender benders and accidents, then there are multi-car pileups.

In a pileup, one accident causes a series of other accidents, sometimes with disastrous effects. It’s more than a loss of property. People die or suffer life-changing injuries.

When cars travel at freeway speeds, mere feet from each other, it’s only a matter of a single blown tire risking the lives of every person in every nearby vehicle.

Here are five times this frightening scenario played out on U.S. roads.

Mobile, Alabama–Due to fog, a string of accidents on the Interstate 10 bridge over Mobile Bay, left cars crumpled.

They looked like “somebody had crushed a beer can,” said one witness to the L.A. Times.

As vehicles piled into the mess, some drivers wandered in shock, while others tried to warn oncoming vehicles of the danger. Others yet considered jumping from the bridge to escape the danger.

The fog had moved over the bridge like “one big wall,” said a state trooper on the scene. Once cars disappeared into the fog, one couldn’t see them anymore but could hear the sounds of cars smashing into each other.

The net result was a ton of damaged cars, near 100, and about 90 injuries. Despite this, only one person died from this pileup. 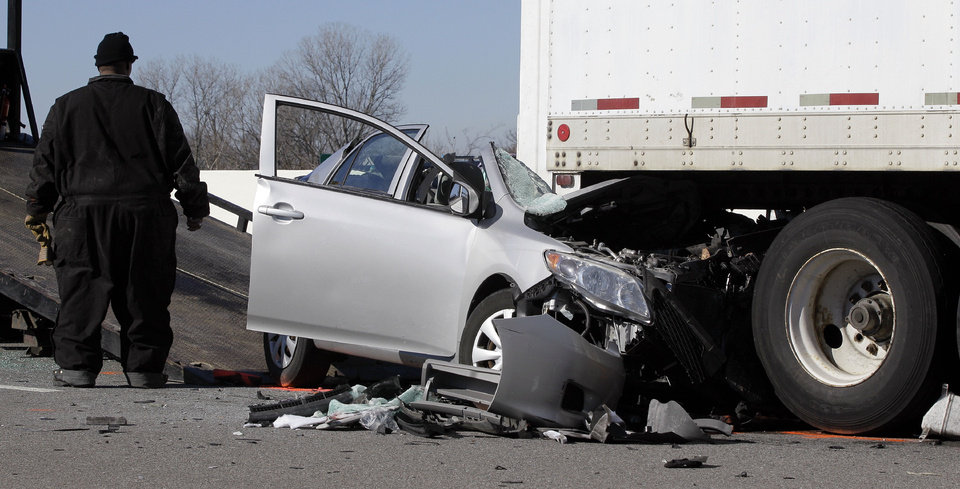 Hendersonville, Tennessee–Not that there is any time of year that is good for tragedy, but there is something about the time of year, the holidays, that makes this more tragic.

Not far from Nashville, heavy fog led to three separate but connected chain reactions spread out over two miles of road.

Of the vehicles, a school bus made the list. There were only 16 injuries that day, but not one child on that bus suffered a scratch.

In fact, of all the accidents, there was only one fatality, a testament to the increased safety features in vehicles. 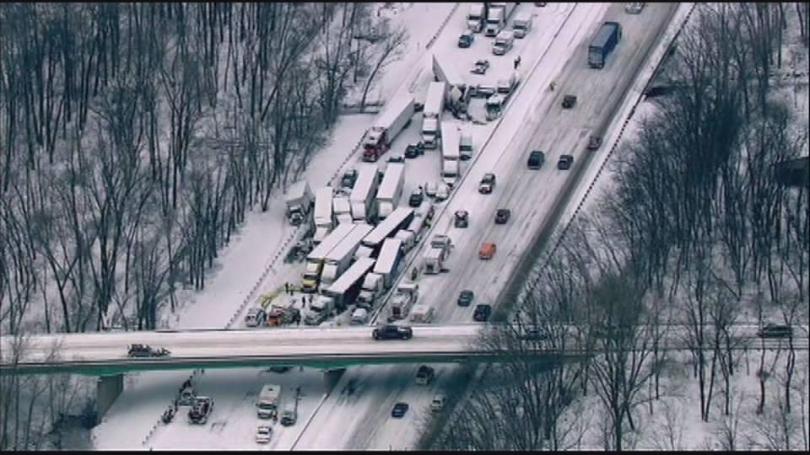 January is a notoriously frigid time of year. In Michigan, melting snow and exhaust build up on the roads, making it tough to stop quickly.

This time, the car count was higher and so was the injury count. There were 22 who needed medical attention that day. Of the 193 vehicles in the pileup, 117 were passenger vehicles.

Two of the non-passenger vehicles, semi-trucks, towed some scary cargo which could have exacerbated the pileup. One carried hazardous liquids, the other fireworks.

Thankfully, everyone didn’t get the radioactive fireworks display.

It took crews two days to clear the road. 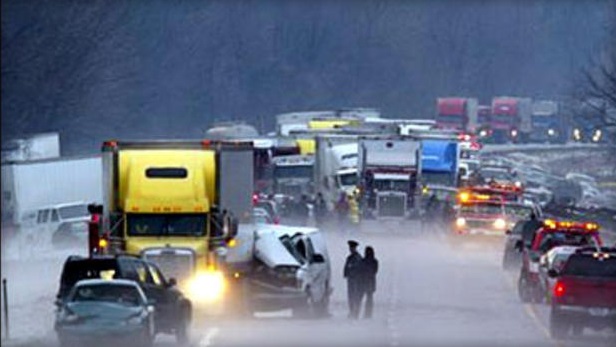 Lansing, Michigan–You get one guess to know the cause of this pileup. Alright, if you didn’t think “fog,” you’re so busted on skimming.

Again, in Michigan, a huge pile up took place; this one back in 2005. This one was on Interstate 96, the highway that draws a line between Grand Rapids and Lansing.

Once again, it was January, a time for frozen roads in Michigan. The National Weather Service had issued a dense fog advisory, but drivers grow accustomed to tough conditions. They take chances.

This pile-up took two lives. One was a 14-year-old boy, killed in the first stack of vehicles.

As these types of accidents are wont to do, they become targets for more cars or gawkers who cause pileups on the other side of the highway.

In this case, there were about 114 on one side of the road and about 80 on the other side. One man rear-ended a semi-trailer about a half hour after the pileup, killing himself in the crash. 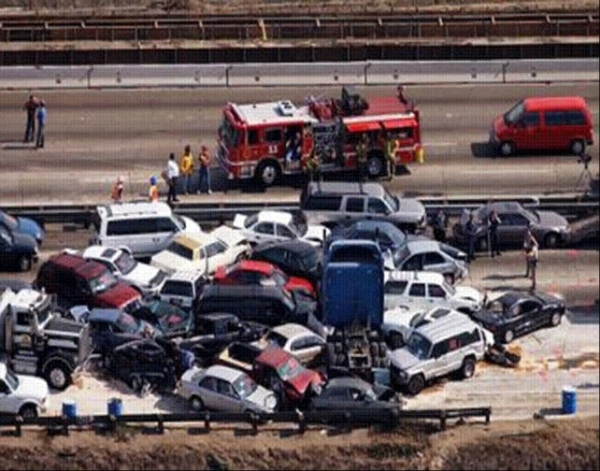 L.A., California–It was on the Long Beach Freeway, the 710, where fog caused the worst pile up on this list. It was one of the worst in L.A. history, a town that is no stranger to automobile accidents.

The pile up started when a semi truck hit the center divider between the north and southbound lanes. That was around 6:45 in the morning.

As the cars piled up, some people jumped from their cars and over the divider where cars headed the other way swerved and crashed to avoid them.

Another semi plowed into the mess, then more cars into that rig.

All told, 216 vehicles piled up. More than 100 people suffer injuries, but not one person died.

It’s something to consider next time you commute with half a car length between your hood and the car ahead. Especially if it’s foggy, don’t look down to check anyone’s sidewalls.

The car ahead might slam its brakes. By the time you look up, it could be too late.