According to the experts, the average house weighs between 80 to 160,000 pounds. That’s less than 100 tons, so on weight, carrying the weight of your home is a cinch for these beasts. The smallest one carries 350 tons, three-five of your average home.

The bigger issue is not a matter of total mass, but the footprint. Not only that, but you’d have to lift your home into the bed of these trucks. After that, you could do it.

These haulers have one purpose, hauling rocks. They are not road-worthy, even though they could drive over just about anything.

When it comes time to move one, they usually use a special rig, then clear the roads. Sometimes they send them in pieces for later assembly. That said, if they could drive down the road, these five cars could haul your home without a hitch. 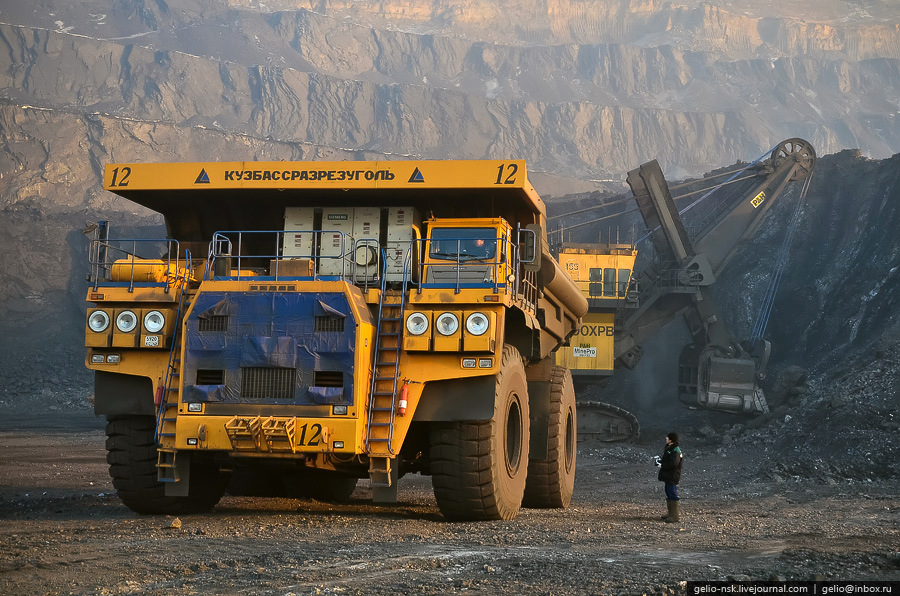 Manufactured in the Republic of Belarus, at 49 feet long and 30 feet wide, the 75600 is no slouch for size. Add to that, it will go 40 miles per hour, but I doubt that would be necessary.

At the curb, the 75600 weighs 250 tons. When loaded it can peak out at 620 tons. It would take six huge homes to balance the monster scale you’d need to weigh this beast.

These trucks have diesel-electric transmissions and crank 10,157 foot-pounds of torque. It’s hard to even wrap my mind around those numbers. 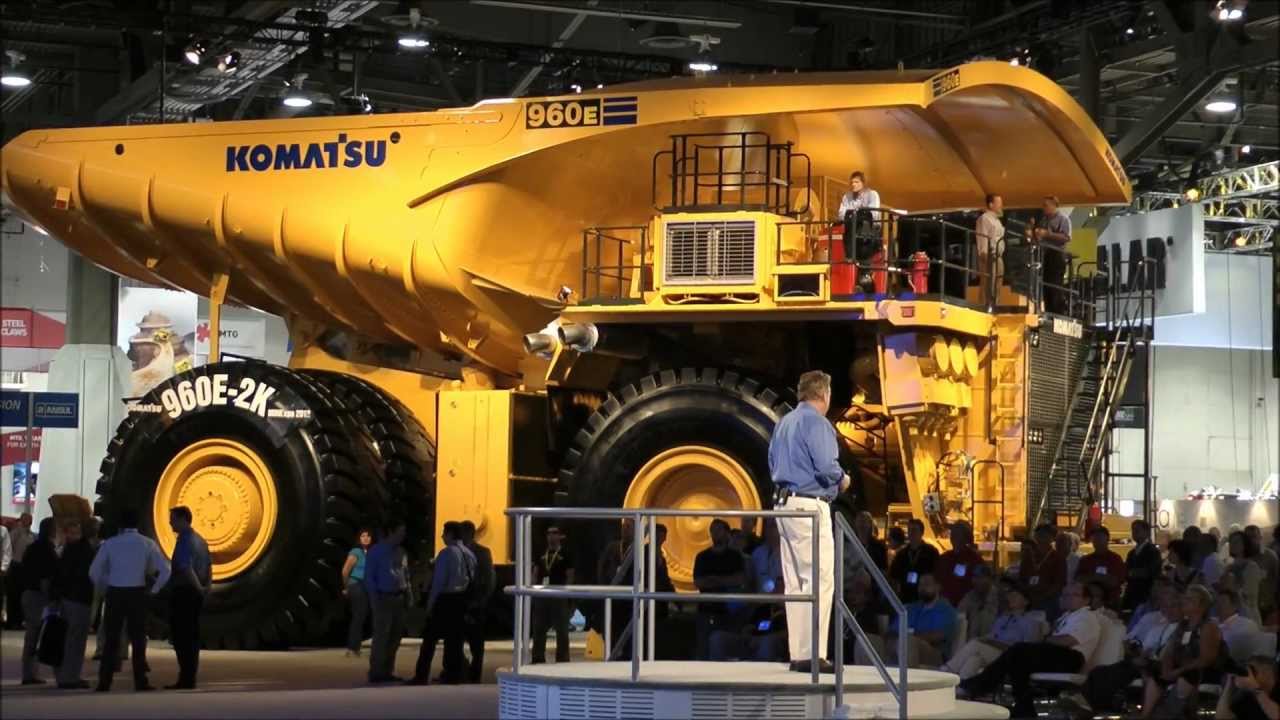 They make this hauler right in the heartland, in Peoria, Illinois, where they’ve been doing so since 2008.

Slightly longer than the BelAZ, the 960E is 51 feet long, but 30 feet wide. Under the hood you’ll find a dual-stage turbocharged diesel V18 engine, cranking 3,500 horsepower.

It also tops out at 40 miles per hour.

The 960E is so massive, to transport it they ship it in parts, then assemble at the destination. 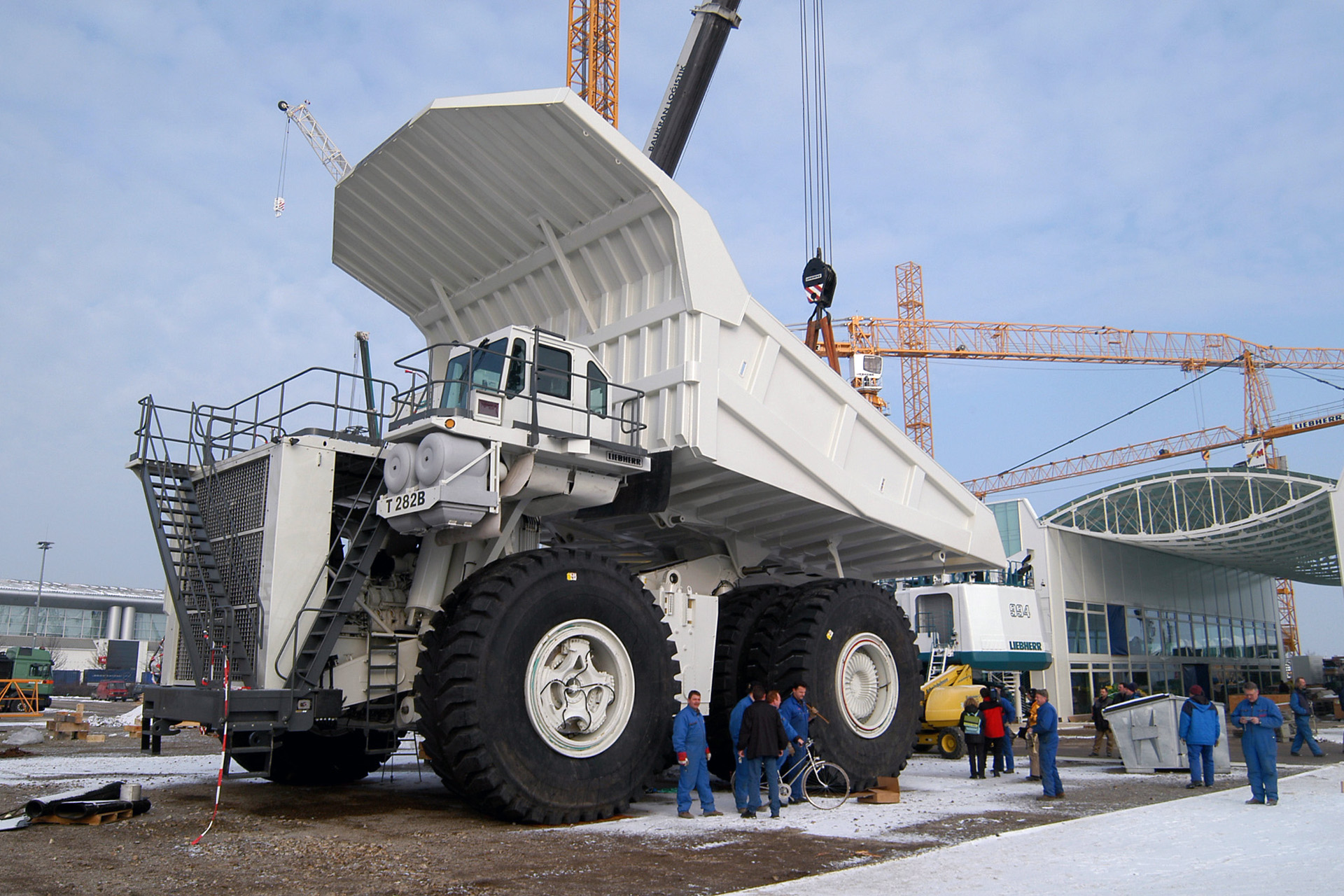 This is Swiss engineering, introduced by Liebherr in 2004. The T 282B shares second place with the next hauler, for the heaviest load capacity.

Buyers have the option of two different engines. One cranks 3,650 horsepower, the other 3,500. It’s a V20 engine, so it’s the biggest on this list so far.

For all that size and power, speed tops out at 40 again. With a full tank big enough to hold 1,250 gallons of gas, why drive fast anyway? Go slow, save gas. 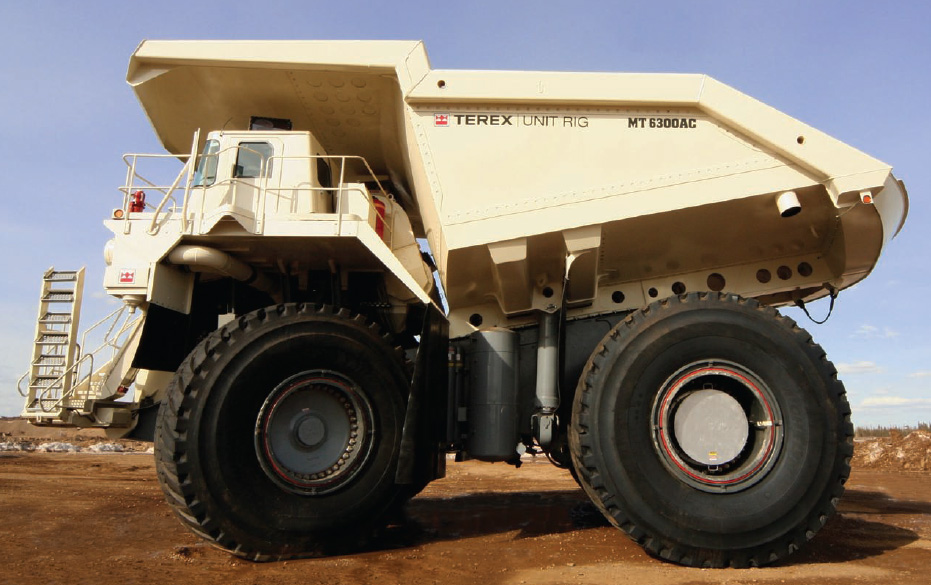 Bucyrus is an international company, but the MT6300AC is made in America. At 400 tons, it is their largest hauler.

The truck is 51 feet long and 31 feet wide. The previous truck and this one may share second place for hauling capacity, but this one is a foot taller. It’s big.

In a race, these trucks would all finish the same, crossing the finish line at 40 miles per hour, but the MT6300AC would drain your wallet faster at the pump. It holds 1,300 gallons of fuel. 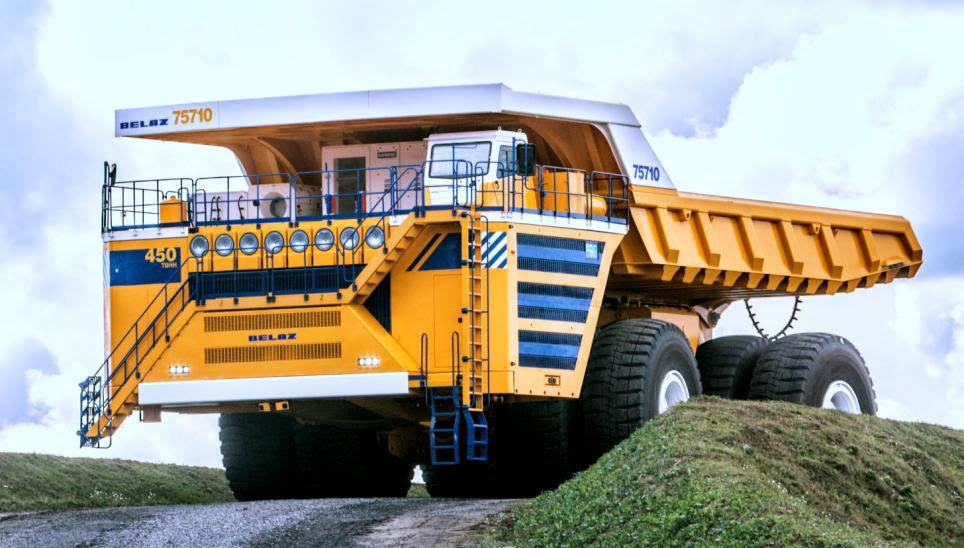 At 68 feet long, this contender is 17 feet longer than the longest truck so far. It’s even a foot wider and a foot taller than the last one. It’s so big, it needs eight wheels.

This truck isn’t just big in size, it’s heavier when empty than most trucks, almost 400 tons at the curb. Also unique to the 75710, there is not one, but two engines.

Two 65-liter, 16-cylinder diesel engines rumble under the hood. The benefit is that you can run this one with only one engine if there isn’t a full load, saving on fuel costs.

In case you were wondering, 40 is the top speed again. 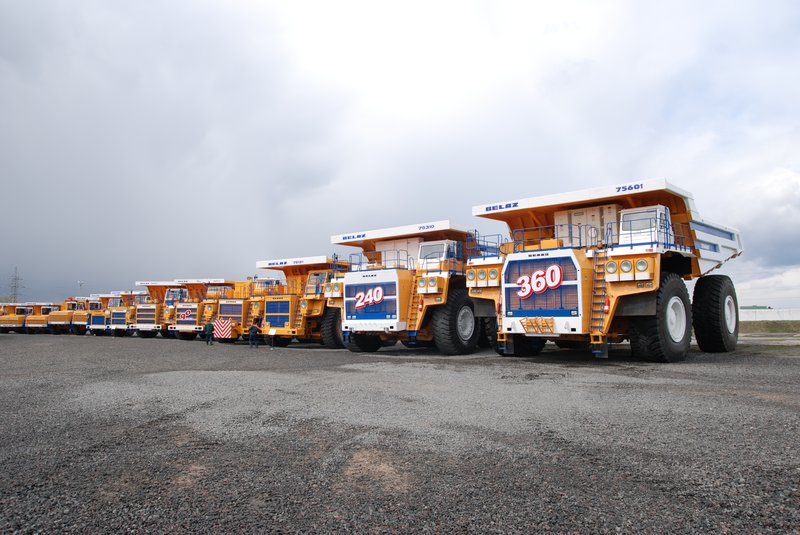 If I had my way, someone would build a track in the desert, then modify these stock haulers in the biggest race on earth.

Imagine a line of them cranking 100 miles per hour. It would take your breath away. It may also drain the world’s supply of crude oil.

Rest easy. These monoliths work far from where you live, in mines. Someone somewhere put Christmas lights on one. You can see it on our blog 12 Days of Christmas Cars Sure To Boost Your Holiday Spirit.