For every great innovation in our automobiles today, there are at least nine that didn’t make the cut. This writer believes that somewhere (in a parallel universe, perhaps?) the auto industry collectively discards every unused idea through a doorway which leads to a warehouse where those ideas rot forever.

We should thank the car industry for this. For example, does anyone remember the in-dash toaster? No, because it dropped crumbs all over the interior, and spreading jam is dangerous in rush hour. (Made that up by the way; no offense to real in-dash toaster out there.)

It sounds crazy, but likely any idea you can think of has crossed the mind of some would-be inventor over the years. Don’t believe me, run a crazy idea through Google’s patent search engine.

To prove it, here are five ideas which never made it to primetime. Go ahead and ready your facepalm hand now.

You can borrow a palm from a friend if you need to double-down. By the end, you’re gonna need to do a triple facepalm. 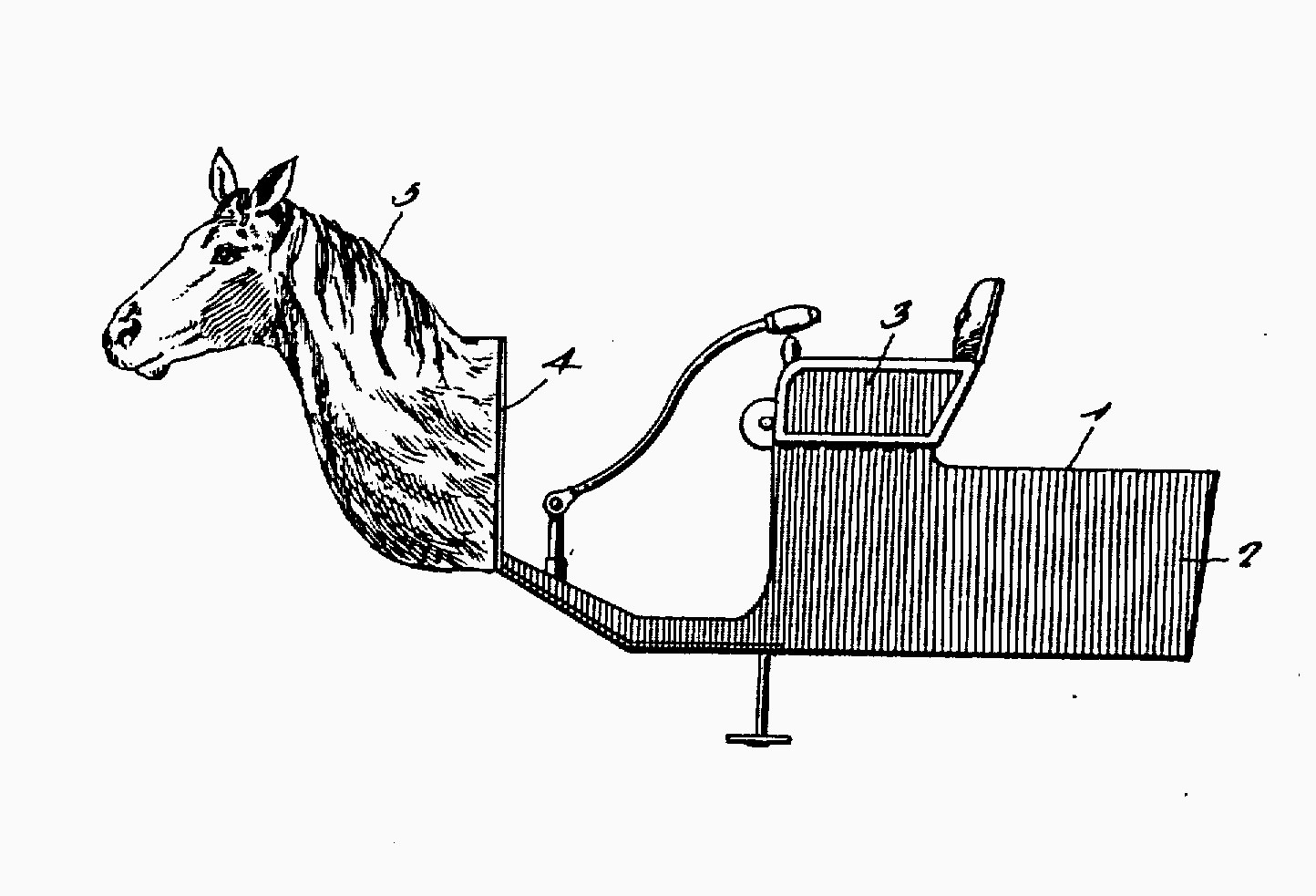 Remember when Apple axed the idea of skeuomorphism? That was the design element that made all of the buttons on the iPhone appear to have textures like they were real-like objects.

This idea is like an early predecessor to skeuomorphism.

For a time, as humans transitioned away from horse carriage into horseless versions, it seemed something was missing. It was the horse.

No problem. Someone designed a faux horsehead to fix on the dash of early cars.

Some of those horse heads, like the ones designed by one 1899 Michigan company, The Horsey Horseless Carriage Company, doubled as fuel tanks.

So dangerous. So weird.

In limousines, the passengers enjoy a lovely partition for separating them from the help [read: driver]. It makes for a legal loophole allowing passengers to consume alcohol, but also affords more private conversation.

Also, the driver can drive without distractions from passengers.

The same idea, applied by automakers in the 1940s and ‘50s, would keep parents from the distractions of children in the back.

The problem was that the older siblings could get away with murder before anybody would be the wiser. Parents went mad wondering what those kids were up to.

In the hauling industry, a fifth wheel is a place where the trucker hitches the load to his big rig. This isn’t that.

In 1951, Cadillac solved a problem that plagued humans since car proliferation forced us to parallel park in urban areas. They added a drop-down perpendicular wheel between the rear tires.

A driver would only need to get the front wheels into a parking spot, then drop the fifth wheel to swing into place.

In the end, the placement and operation were awkward. Imagine accidentally deploying that thing while going 55?

The fifth wheel also added weight for an operation some didn’t need more than once and awhile. 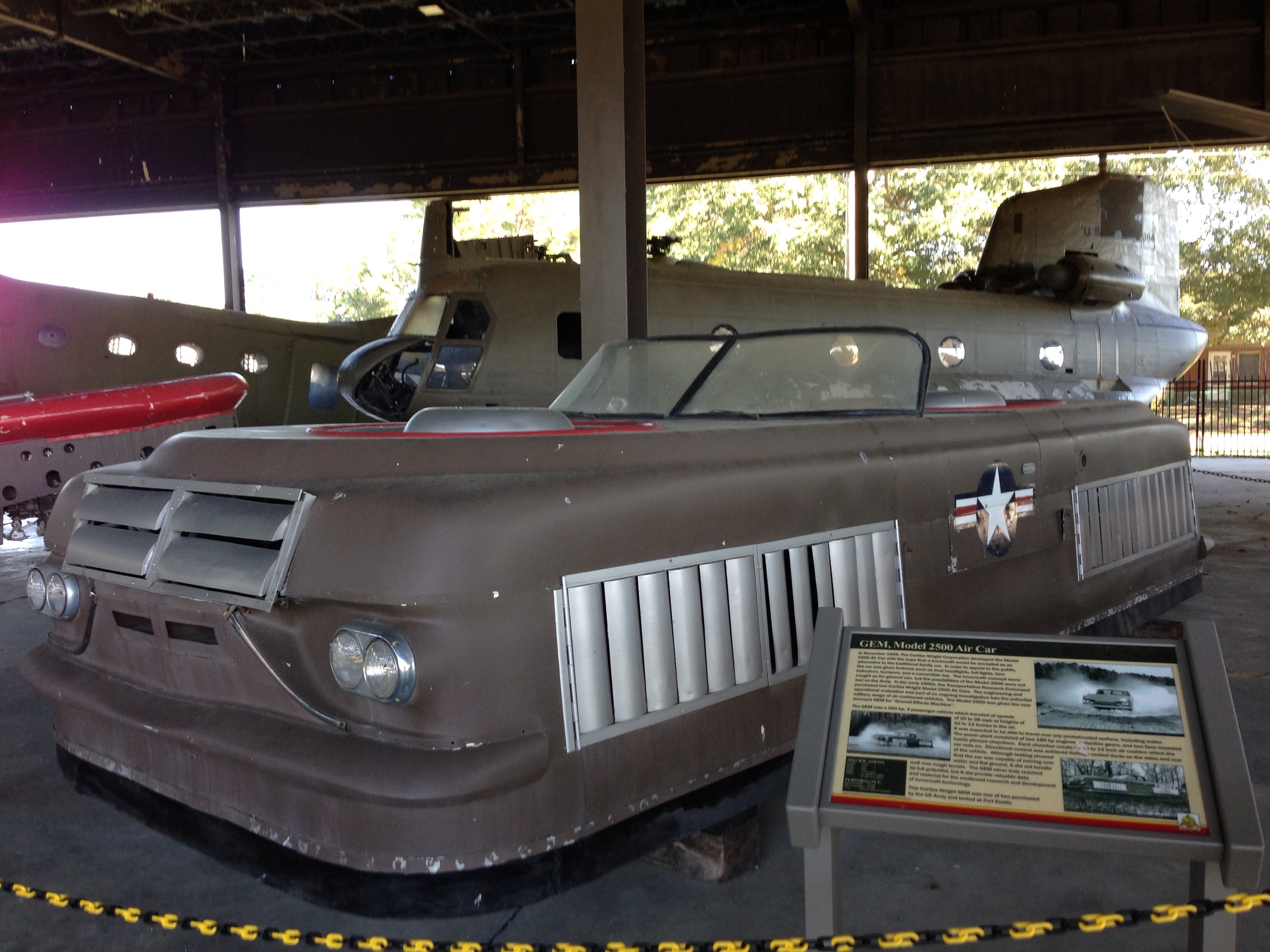 The military has enjoyed the comfort of hover vehicles for most of the last decade. A pillow of air keeps vehicles afloat over most surfaces, allowing them to cross waterways and roadless land with ease.

The Curtis-Wright Air Car aimed to do exactly that via two 180 horsepower aircraft engines. There were a few problems with taking this military tech into the urban landscape.

It was loud, super loud. Also, the fuel costs were astronomical. 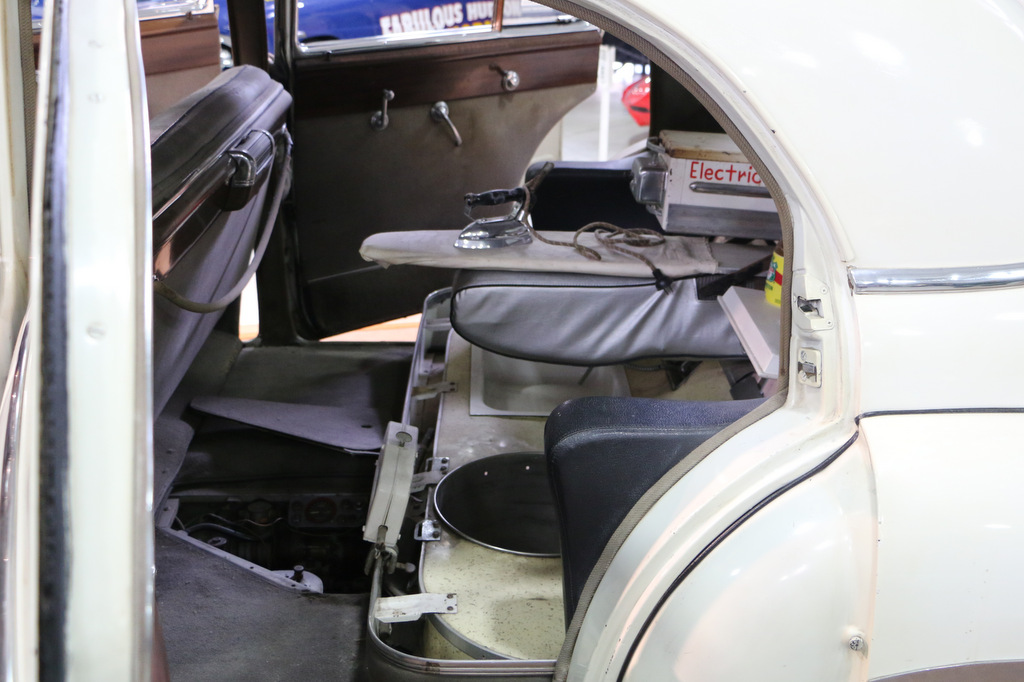 Once upon a time, cars did the work of airplanes, moving people great distances, often with no rest stop in sight for miles.

To solve the long-distance road trip issue of “Mom and Dad I hafta go to the bathroom,” Cadillac hatched a plan to allow in-flight pottying.

In 1947 they came out with a car that housed a real working toilet. Space was the first issue, but then the smell and mess added to the problem, never mind the lack of privacy.

Thankfully this terrible idea never got off the pot.

Now, if someone could cram all five of these ideas into one prototype, that would be the car to own.

The commercial would sound something like this: “Hover down the freeway without suffering a peep from the kids going potty in the back seat, as you admire the coat of your fake horsey, and park in the city like a pro.”

Welcome to the future, everyone.