Depending on your source of information there are somewhere between half a dozen and two dozen sources of alternative fuel on the planet. The range of eco-friendliness varies from option to option, but in most cases, the benefits are at least financial.

The only exception from this list is a nuclear power, too expensive even when sold on the clearance rack. (Joking, of course. One can’t buy plutonium, silly.)

Someone, somewhere, was the first to create these alternative fuel sources. If you have a few hours to burn, cut and paste “alternative fuel car” into YouTube. You’ll find everything from cars running on algae to cars that run on water. It’s promising.

Many of those cars are firsts in their own right. When humanity fuel it’s vehicles on water, we’ll feature those inventors as the first. Meanwhile, here are five firsts in alternative fuel vehicles, which are currently in action. 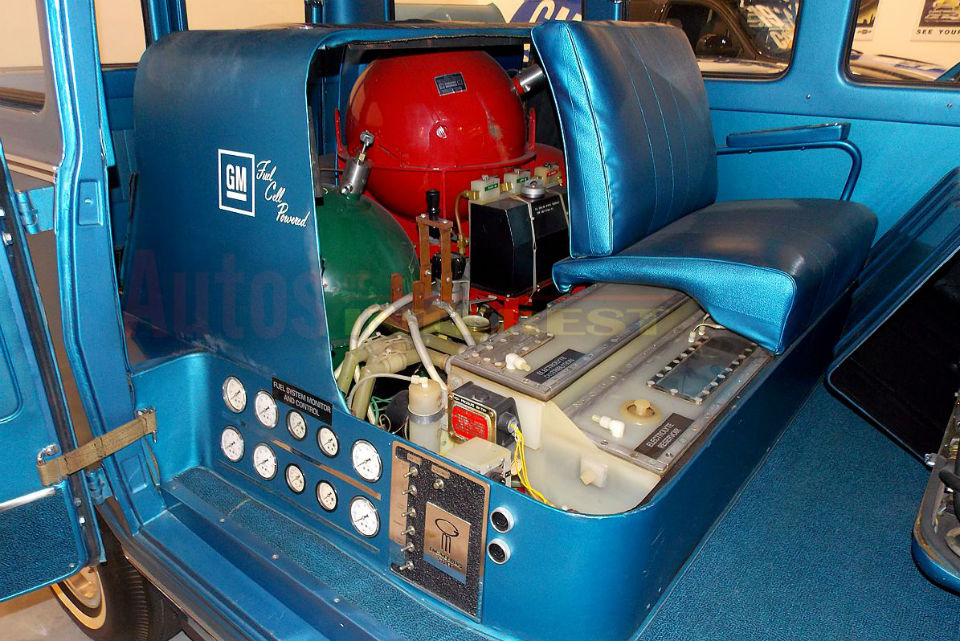 When one talks about hydrogen as a propellant, it’s usually in reference to the fuel cell electric vehicle (FCEV).

Similar to today’s electric cars, FCEVs use stored energy to propel the vehicle. The key benefit of FCEV technology is that the only by-product produced is water.

While engineers have been playing with hydrogen as a source of fuel since the early 19th century, the first FCEV didn’t happen until 1966.

In 1966, General Motors designed and built the Electrovan prototype, the first fuel cell vehicle. That prototype proved cost ineffective, but the idea was good enough to inspire others. We may yet see this technology come to fruition. 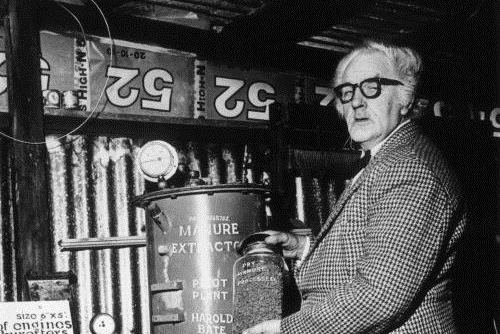 There are two natural gases used to propel automobiles, methane, and propane. In 1974, a British inventor named Harold Bate created a car that ran on methane. He called it “the material.”

As it turned out, that material was chicken poo. To be clear, Bate harnessed the power of the poo, methane released by rotting chicken droppings.

Not much different than today’s methane-powered cars, although not from the same source, the concept remains the same. Methane is combustible, enough to engage a piston, spin a flywheel, and viola, we have locomotion.

According to Bate, the conversion was a simple matter of installing a device to feed the gas into the engine. The rest was already set up.

Today, there are about 15.2 millions vehicles on the road in the U.S. running on methane. We don’t call them “chicken poo cars,” though. They’re Natural Gas Vehicles or NGVs.

Another type of NGV, propane propels cars in much the same way as methane. Stored, compressed gas feeds into the engine the same way as normal fuel. Humanity has been using propane, sold as Autogas, to power vehicles for decades.

Propane is cheaper than it’s traditional fuel counterparts, sometimes half the cost, and more accessible than methane. 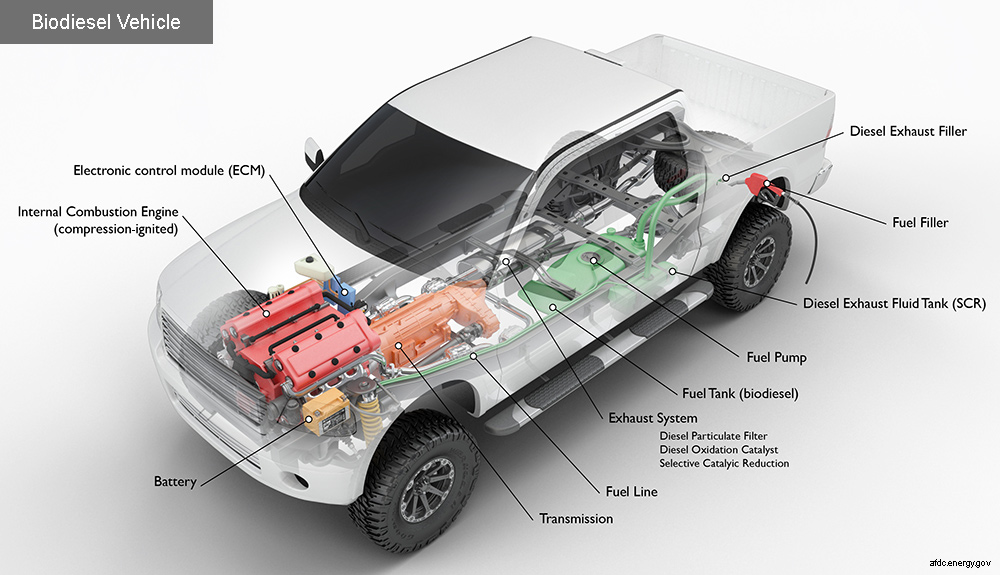 Back before companies like Olds and Ford determined that the gasoline-powered internal combustion engine would be the dominant format of propulsion, the market was wide open.

The first experiments with biodiesels or biofuels were in the mid-19th century. Two inventors, E. Duffy and J. Patrick made attempts to harness biofuel in 1853, but it was a Rudolph Diesel in 1893 who built a successful engine.

That first one didn’t run on spent french fry grease, as is popular in modern times, but on peanut oil.

Diesel wasn’t alone in his pursuit. Two other inventors, Herbert Akroyd Stuart and Charles Richard Binney were also working on the same idea. It’s obvious who history favors on this; we still call them “diesel engines,” and their fuel, “diesel.”

One can easily convert today’s diesel engines into a biofuel car, but the key is where to procure biofuel. 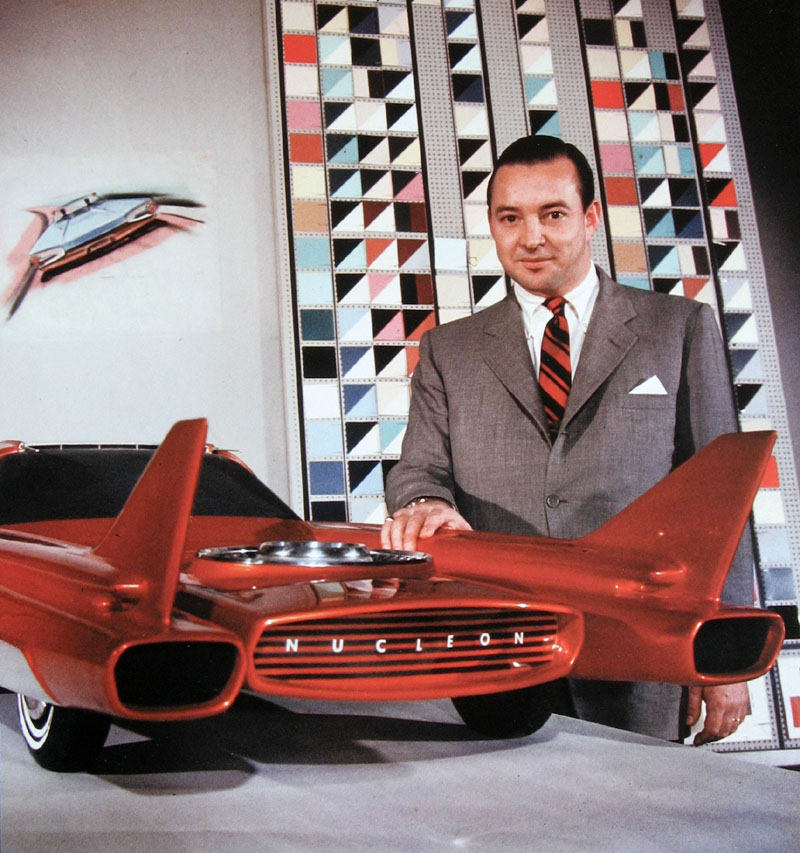 In 1950, Ford Motor Company developed a car called the Ford Nucleon. It would run on nuclear power because why the heck not?

There was only one problem with Ford’s design. They didn’t have an actual engine to drop into their schwoopy car.

Then, NASA made the first nuke-powered car. Problem is, they sent it to Mars. The Curiosity Rover, launched in 2011, moves on the power of plutonium. As that radioactive material decays, Curiosity converts that heat into power.

Of course, in space, there is less risk of contamination, but the system shouldn’t be a problem.

Why we don’t have this in cars yet is a matter of national security. One can’t have plutonium in reach of would be dirty bomb makers. 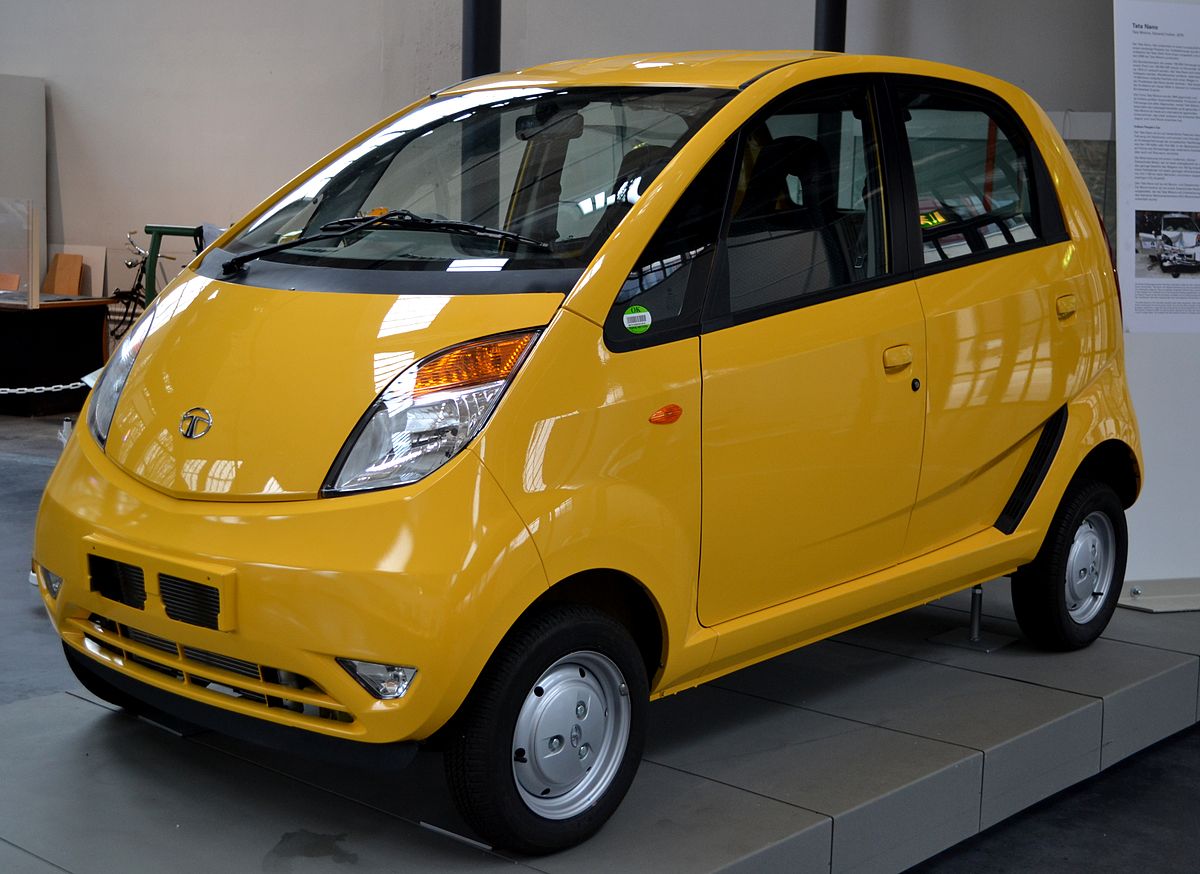 This is the alternative fuel you’ve not yet heard about. A nascent company, Tata, engineered a minicar called the Nano, which uses compressed air to propel with only one byproduct: air.

Of course, the Nano has to compress the air somehow. It uses a minuscule amount of electricity to fill up but can go about 125 miles on one charge.

All one would need is an off-grid electricity source like solar or wind to power the Nano, and it’s game over. Alternatively, one could manually pump the air into the Nano with the right set up.

Talk about a long road trip. “Alright, kids, time to get out and pump up the tank.”

If humanity could only figure out how to fuel vehicles on the rude comments made on social media platforms, we’d be golden. It seems we never run out of those.