Bob Denver was almost attacked on set by a lion 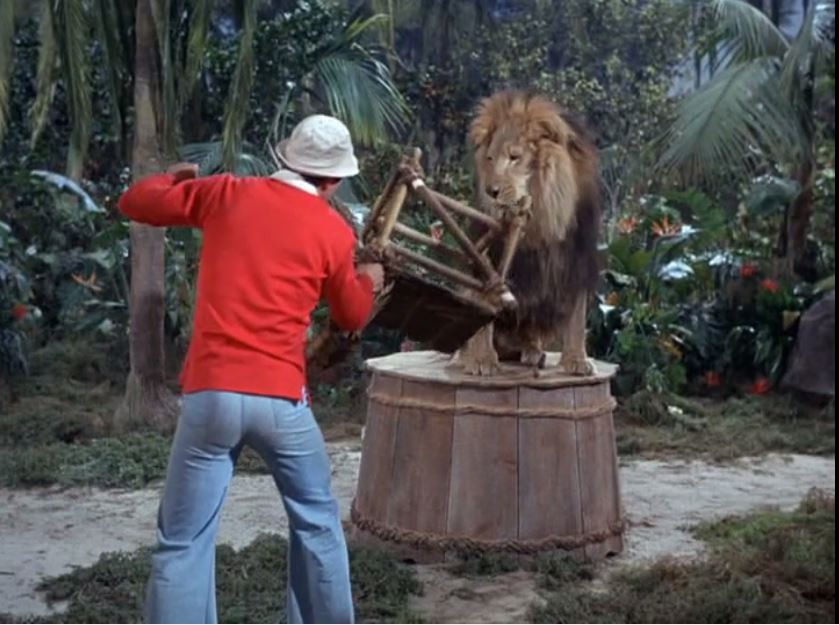 In the scene, Gilligan was stuck in the Howell’s hut. He was piling furniture in front of the door to keep out a lion, but the audience can see the lion is in the room with him. At the critical moment, he was to turn around and see the lion, which is how it happened. The lion was standing on Howell’s twin beds. When the lion lunged for Denver, the bed slipped, slowing down the lion long enough for the trainer to grab him. Denver, in a moment of comic genius, did the first thing that came to mind. He made a karate chop motion at the lion.