When the Audi Quattro fist came on to the scene it definitely did not have the appearance of the all when drive beast we knew it would become. It was somewhat boxy looking but this is one of those prime examples of why not to judge a book by its cover. Little did anyone know that the Quattro would have one of the best all wheel drive systems ever made to put power to the ground. Producing that power was a small inline 5 cylinder turbo charged engine that produced roughly 200hp on the original 1980 production model. It was also fitted with independant front and rear suspension because Audi engineers wanted to keep the tires in contact with the ground as much as possible where all wheels kept the car moving forward even if that means just one tire is toughing the ground. The Quattro utilized a center differential that split the torque at an even 50/50 split to the front and rear tires which gave optimum traction in virtually every aspect of racing. The Quattro went on to win the first rally event it entered in 1981. Later that year Michele Mouton became the first female to win a rally at the highest level as she took first place at the 1981 San Remo rally. 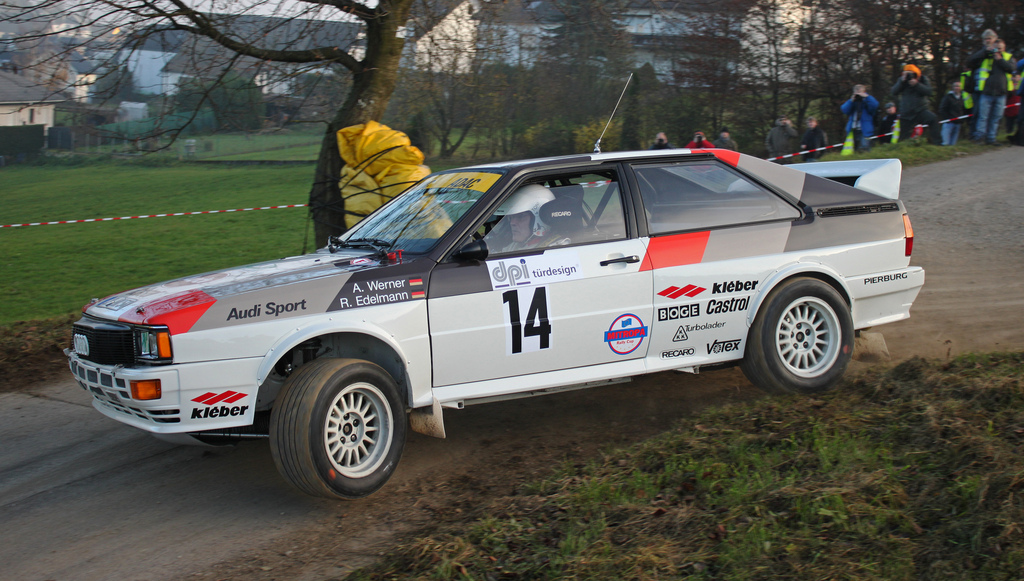 Very similar to the car used by Michele Mouton in her 1981 Rally win
Photo: FLickr 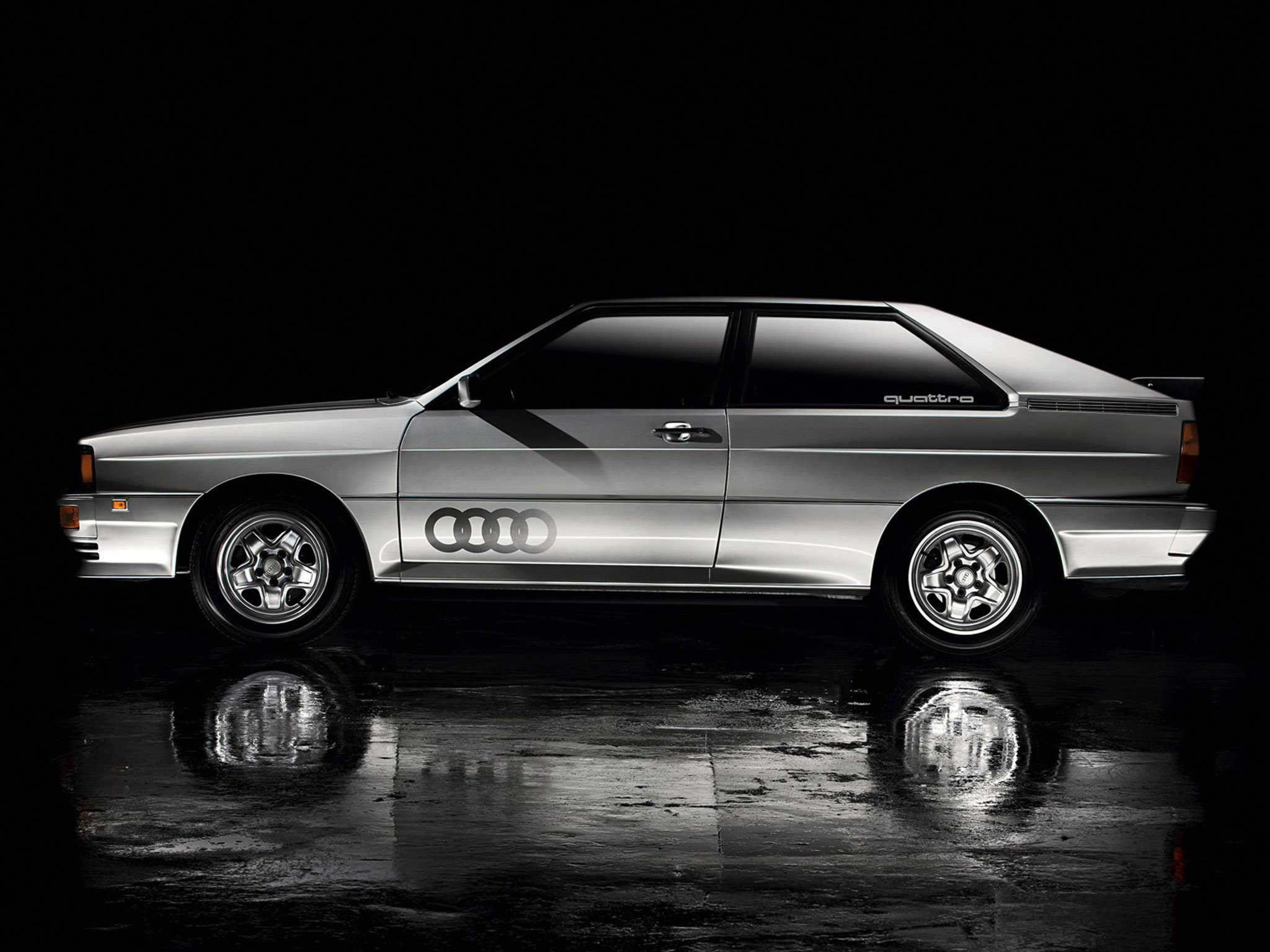 The Quattro was one of the first vehicles to use the four wheel drive system in competition once the WRC lifted the ban in late 1979. Having power go to all four wheels in a rally car was an overnight success with the Quattro dominating the competition , especially when the course got wet or slippery. It went on to win revered manufacturer’s cup in the 1982 season winning nine different events and would go on to win many more. Audi originally planned on making just 400 examples of the Quattro but due to an overwhelming popularity in Europe they decided to continue making them. Few were imported to America but due to the price tag of over $35,000 and the fact that the engine was de-tuned to a mere 160hp led buyers to look at other options. You could get into a Porsche for that kind of money back then. 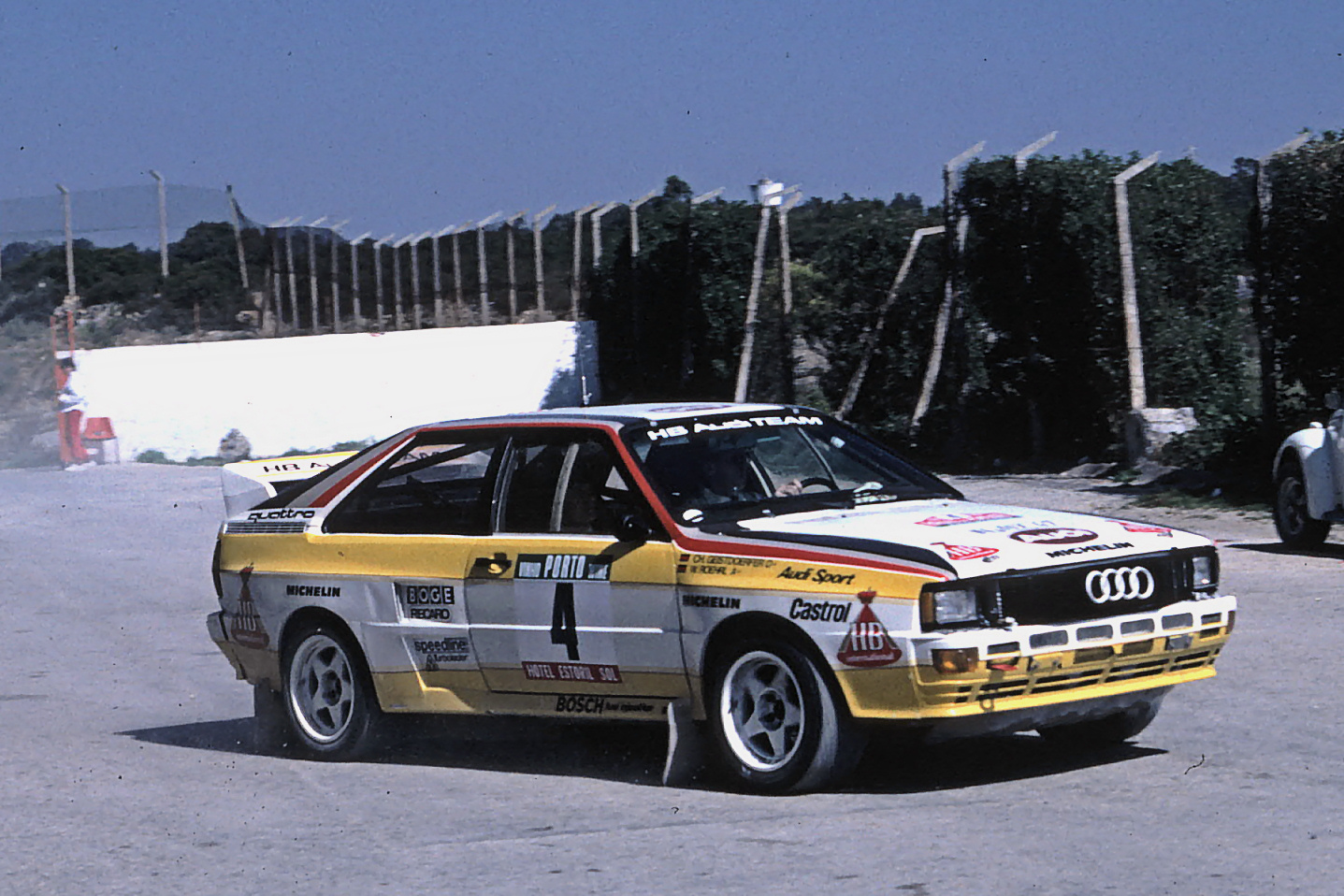 The race versions of the Quattro Started with the A1 that was used for the first couple years, it used the same inline 5 cylinder engine the production version used, just highly tuned initially up to around 300hp. The A2 was made along the same time and it was said to be closer to 350hp. In 1984 the group B class was getting more competitive than ever with cars being specifically built from the ground up, that also had four wheeel drive, and had at least 400hp. So Audi released the S1 in 1984 and it was said to have 444hp. These are fairly small little cars and to have that kind of power and traction we have to assume that it must have been such a blast to drive. The following years were kind of bittersweet for the Quattro, the 1985-86 season saw the brand new S1-E2 that would go on to be the most powerful of the Quattros, but also after the 1986 season the group B class would be terminated due to the ridiculous power and speeds that these cars achieved. It became a safety concern, and considering that the S1 E2 was punching out just shy of 600hp and was one of the most powerful cars of the group B era. 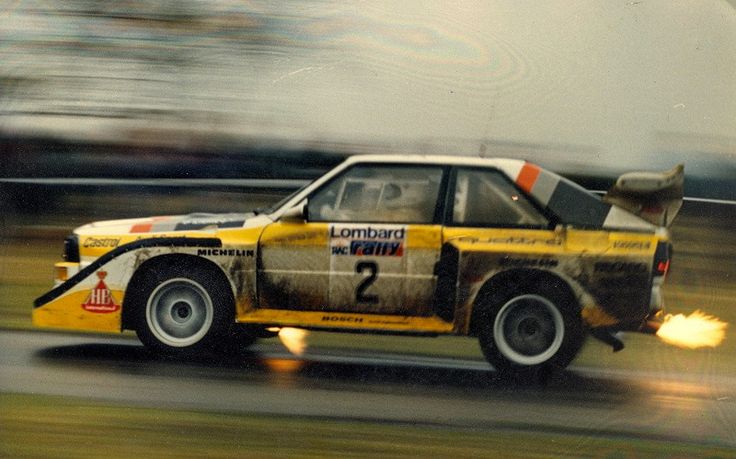 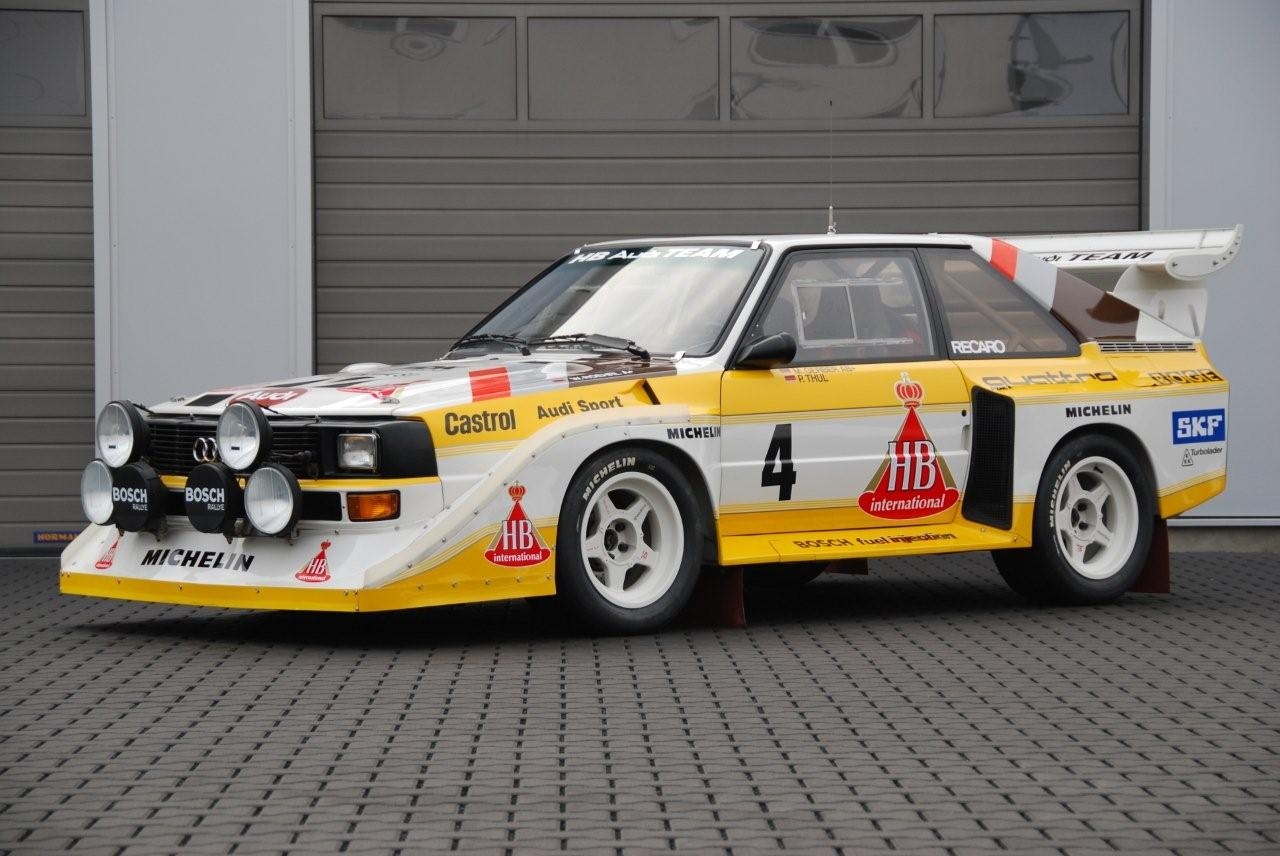