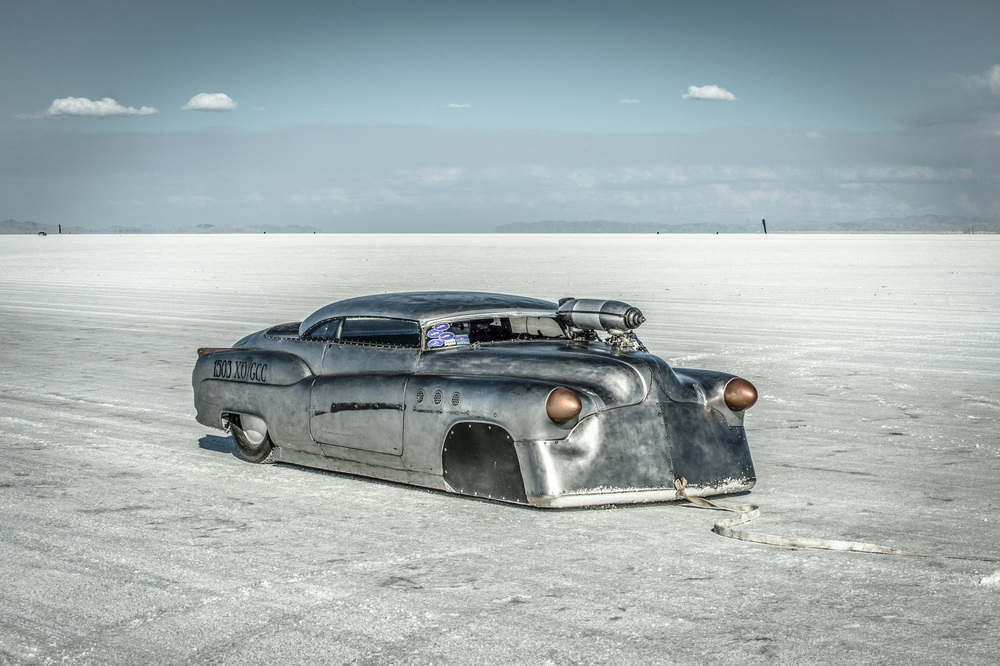 You’ll immediately recognize that this isn’t your every day 1952 Buick Super Riviera, its been heavily modified to become a land speed car and it goes by the name “Bombshell Betty”. She was recently posted up for sale through the highly respected DuPont Registry for a cool $195,000, which lets be honest that a lot of money. You could get a lot of car, or a lot of cars for that kind of money. But it’s not likely that any of them would make a stand out like Betty. 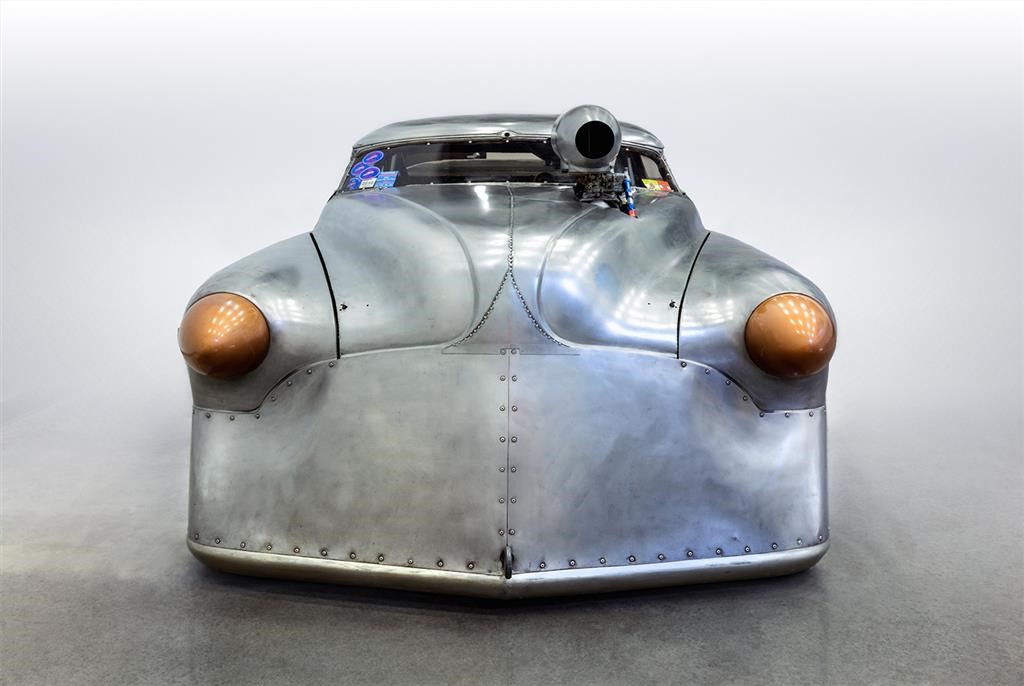 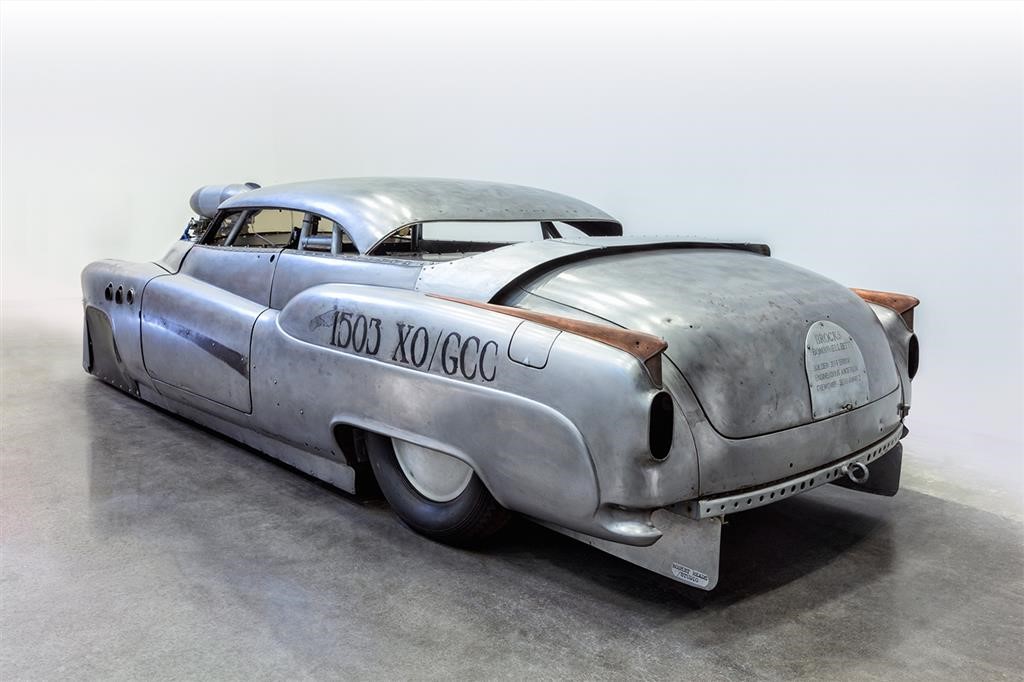 Its highly unlikely that she ill be street legal considering she competed at eh Bonneville Salt Flats as recently as 2013 so you may not be able to take her to drop the kids off at school. But under the hood you do have a rare 5.2L “straight eight” engine that’s configured in a straight line versus the “V” pattern of its cousin the V8. 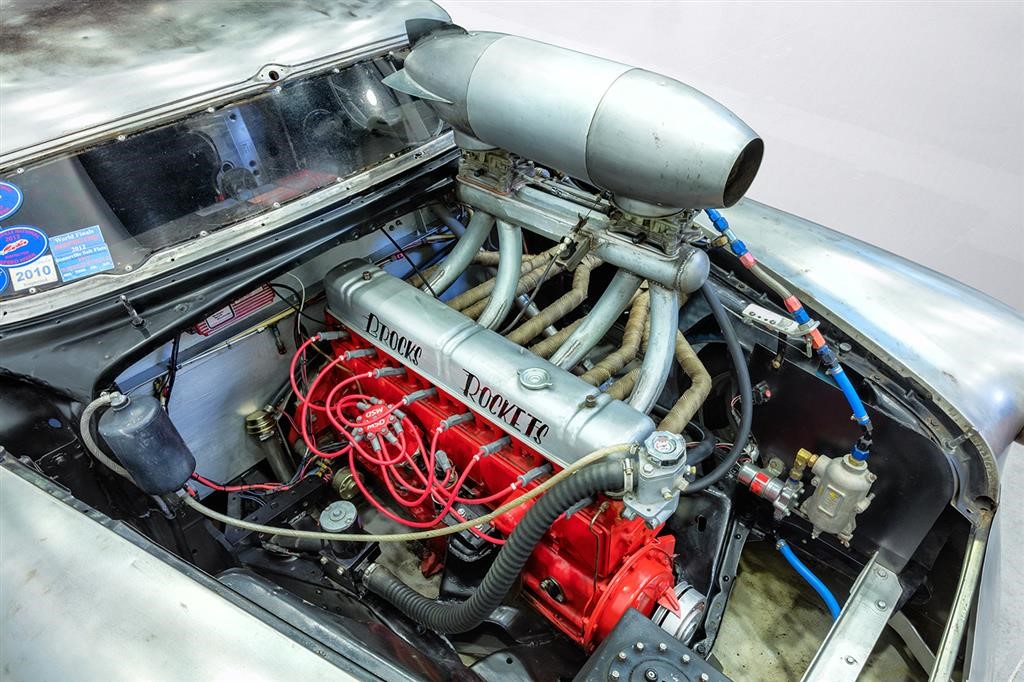 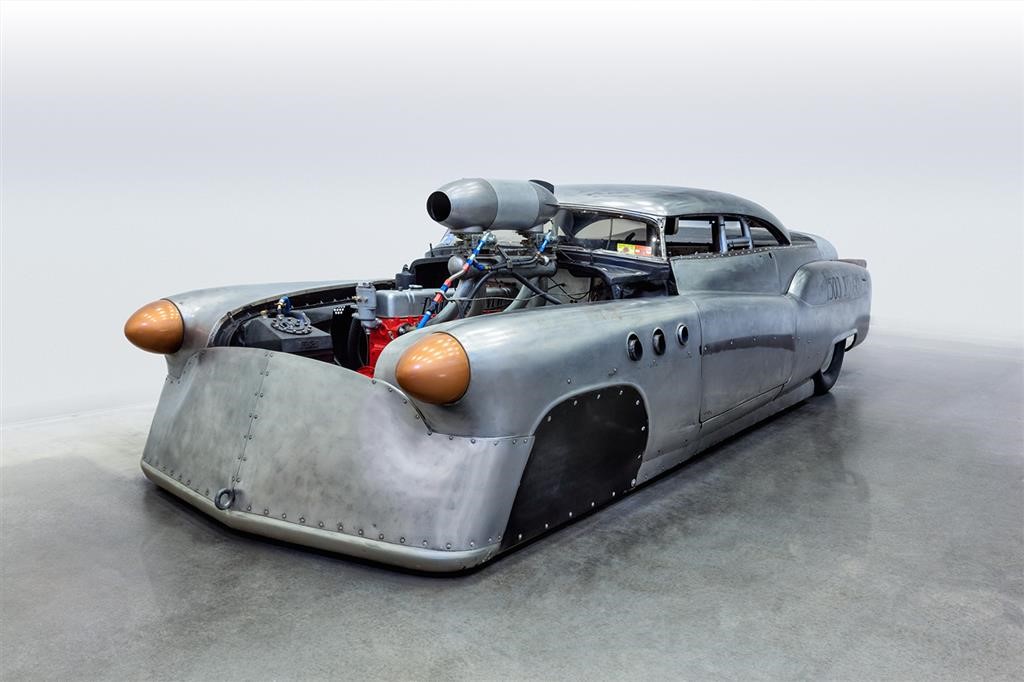 I couldn’t find any horsepower specs on exactly what we are dealing with here, but I do know that when it ran at Bonneville in 2013 it picked up the win in its class at 165.735mph. 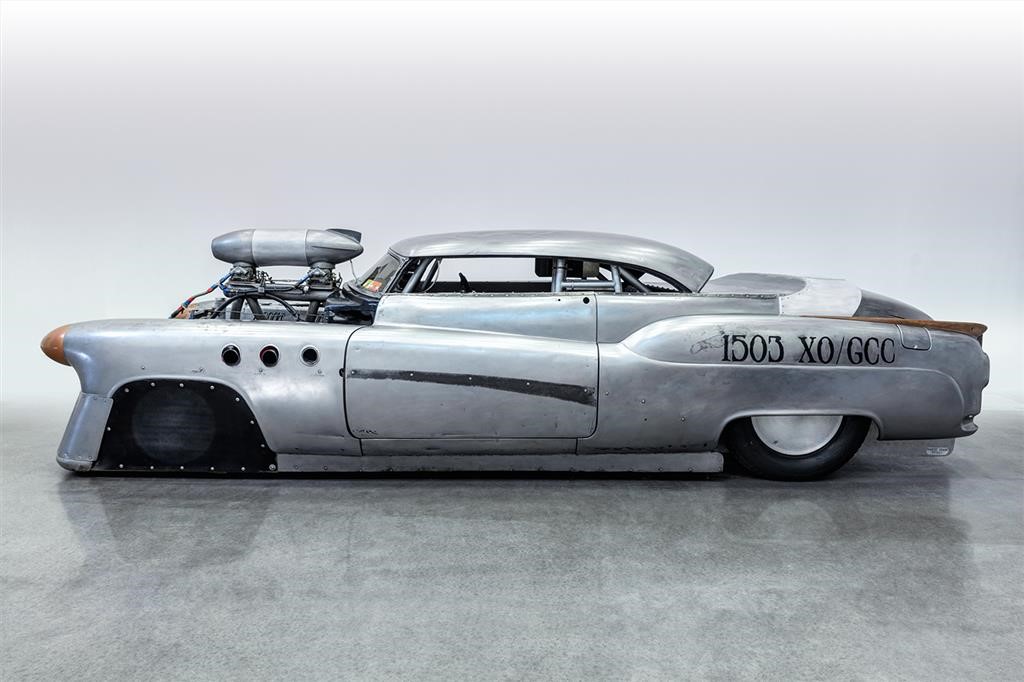 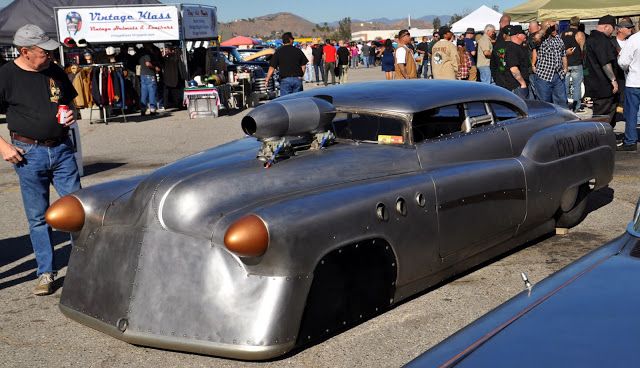 If you notice the headlights are shaped like bullets, that’s not just to look cool, they are actually functional with the aerodynamics of the car. In land speed racing aerodynamics are equally as important as a strong engine and good brakes so even the small things make a difference. 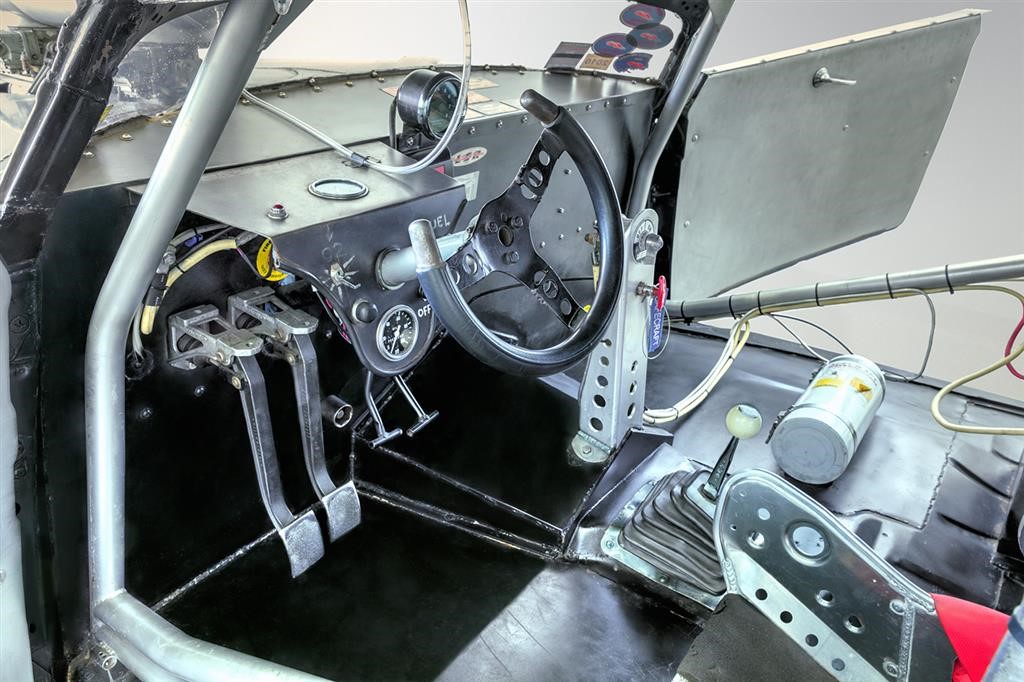 To push that a little further they have actually narrowed the front end of the car by a reported 6 inches and chopped the roof making it functional while looking fantastic. 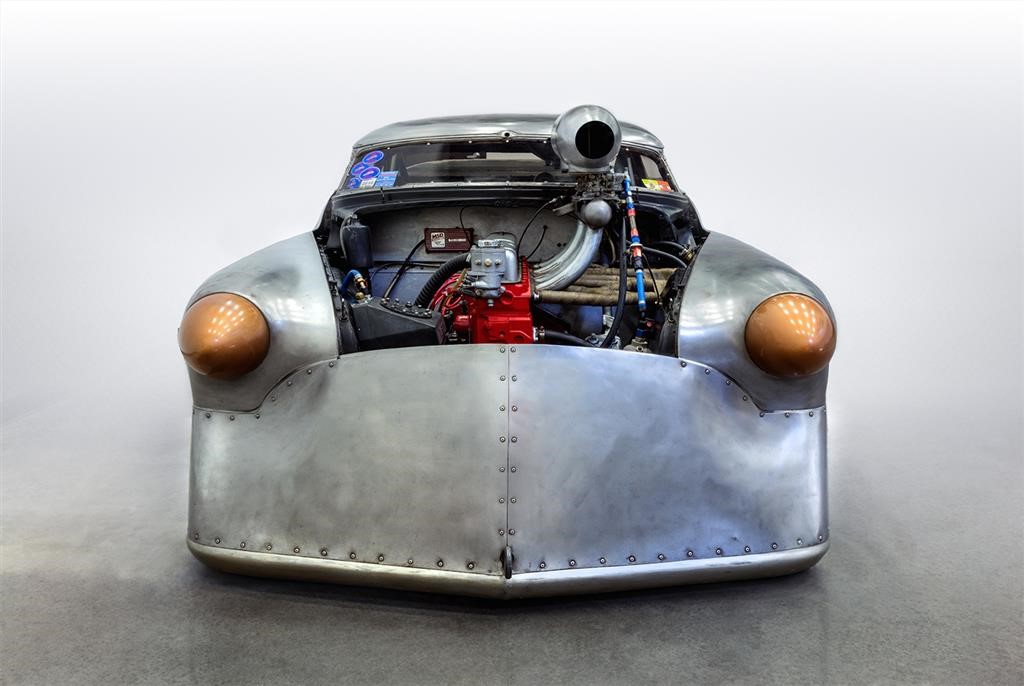 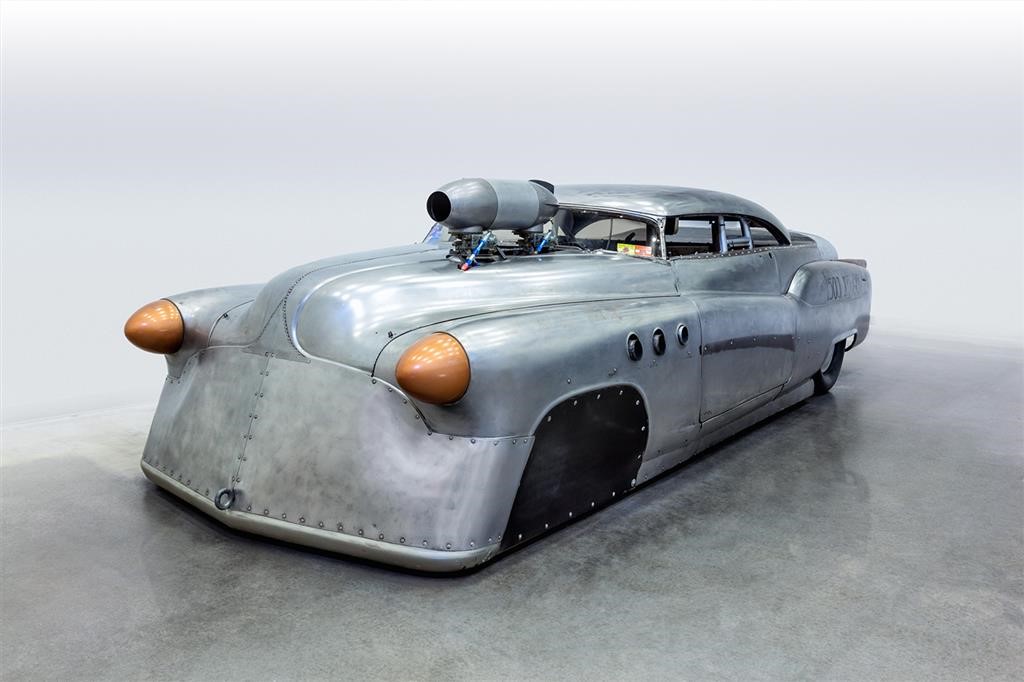 So if you are looking for a car that looks like a combination Frankenstein meets mad max land speed car, and you have an extra $200,000 burning a whole in your pocket I think we have found the car for you. 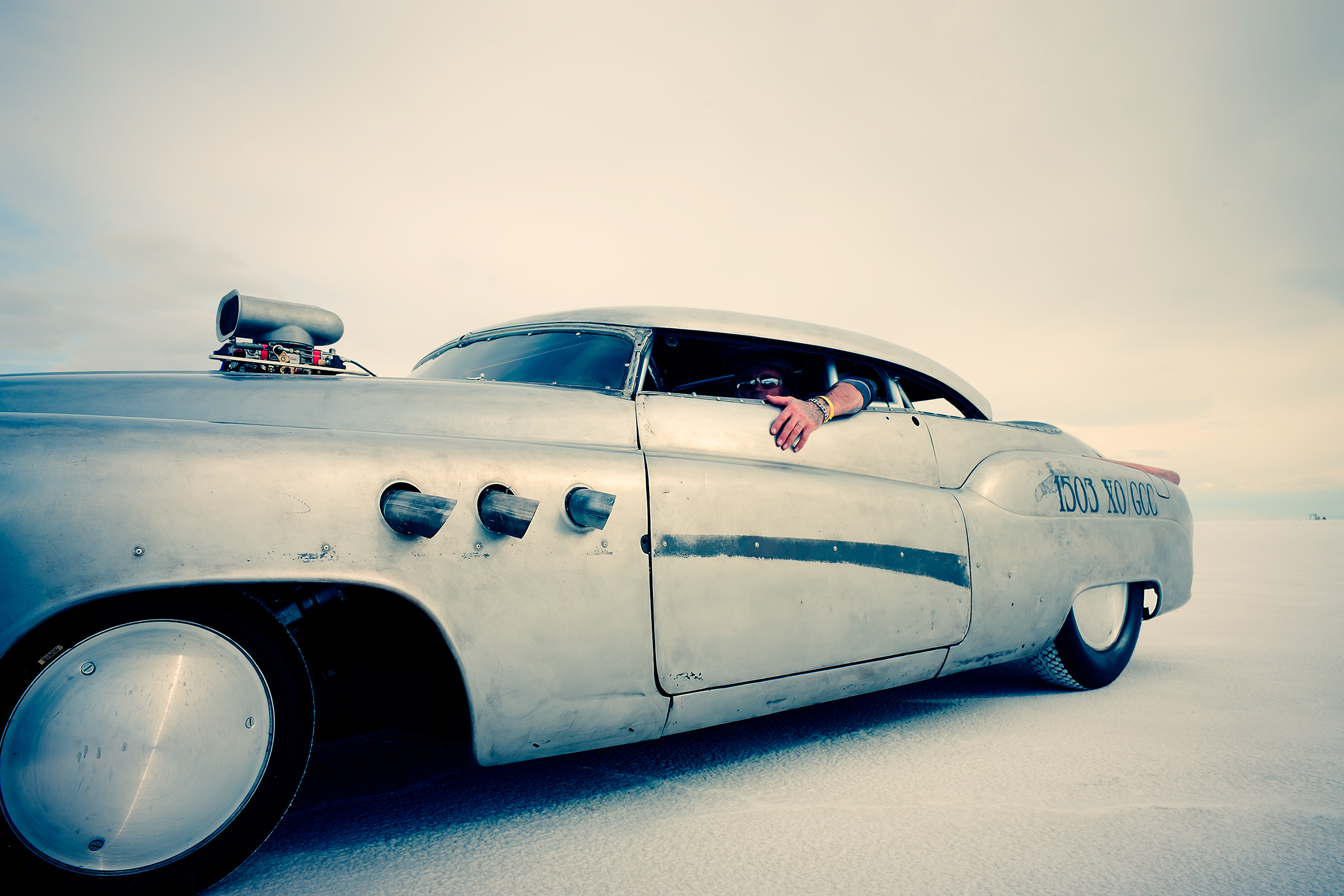