To call the 1933 Dymaxion a car is something the inventor and designer Buckminster Fuller never intended. As far as he was concerned it was a ” ground taxiing phase of a vehicle that might one day be designed to fly, land and drive” or a ” Omni- Medium Transport”. Just over 83 years ago this very unique three wheeled vehicle went on display at the 1933 Chicago World Fair where it supposedly gave patrons of the fair a look into the future of transportation.

When it was first built Fuller had expectations that the car would reach speeds in excess of 120mph. But there was a major flaw in his three-wheeled design. Using a rear mounted Ford Flathead V8 producing 85hp with the two front wheels providing power it was extremely unstable at high speeds. Think Jeremy Clarkson and his Top Gear segment on the Reliant Robin, just in reverse. It was reported that once this massive teardrop shaped vehicle got moving at speed the rear wheel would come off the ground at times due to a low pressure zone created by the unique shape. Which is a really bad thing when the rear wheel is what provided the steering. 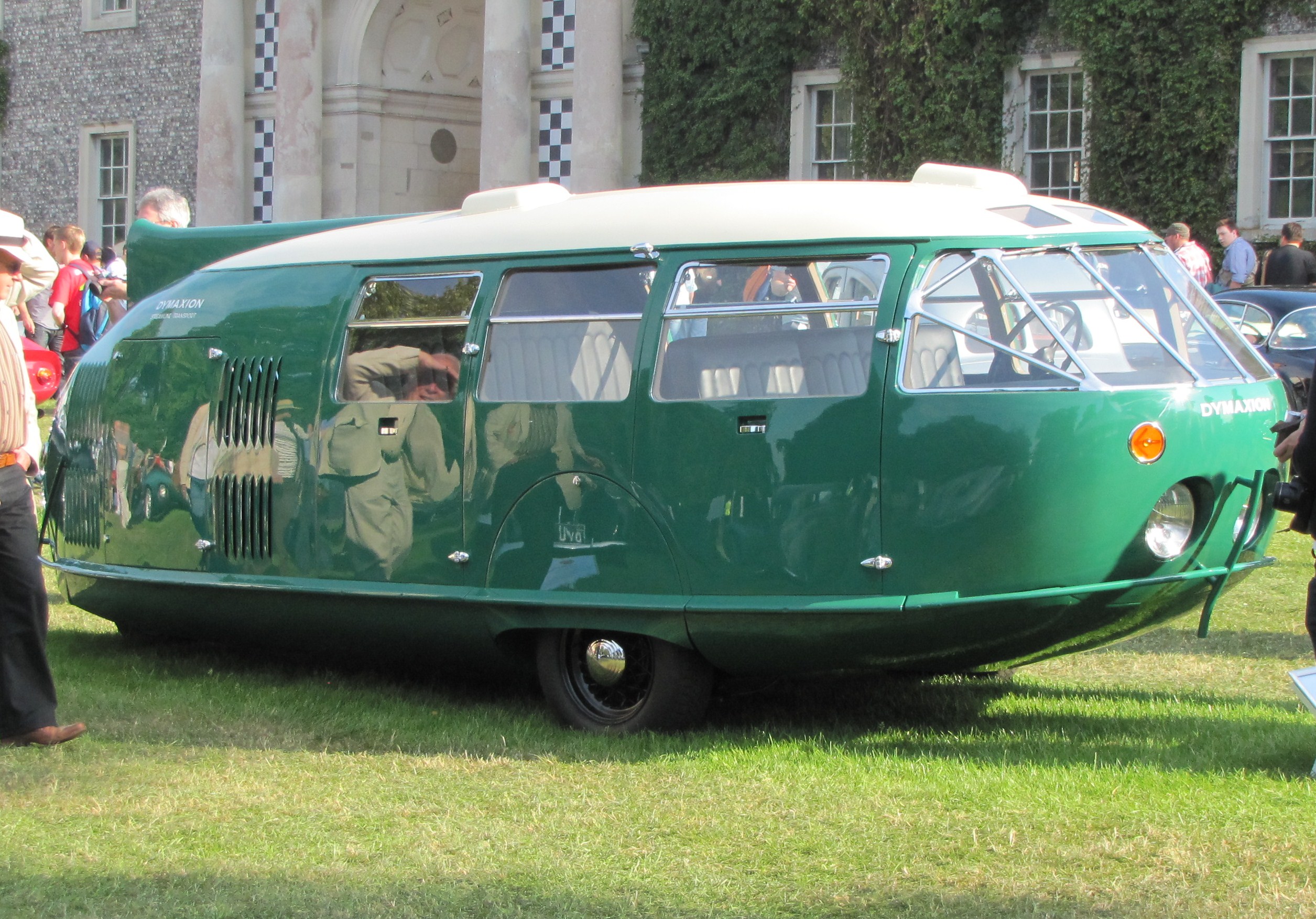 This was a massive vehicle, it was claimed to be able to seat 11 people and with the rear wheel able to turn a full 90 degrees it had an extremely tight turning circle. So at low speeds it might have been perfect for city transportation or something along those lines. Just as long as none of your passengers move so as not to throw off the center of gravity, and you don’t go faster than 20 mph. 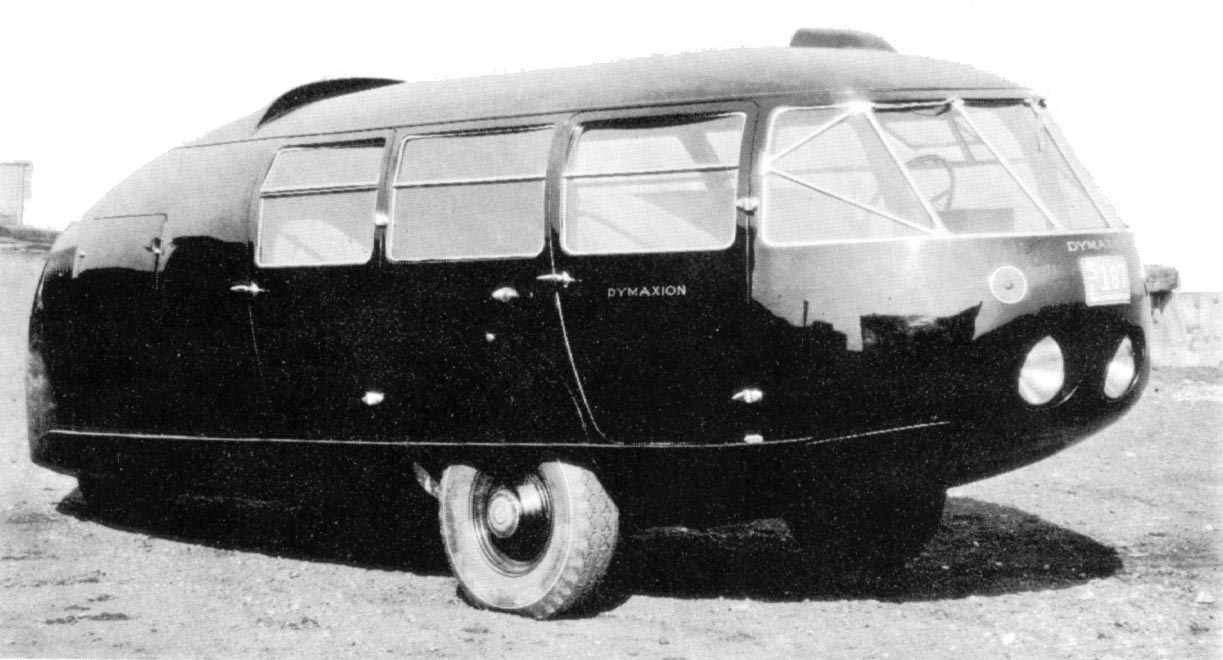 Three prototypes were made in Fullers quest to make this car a reality. The first was virtually destroyed after an accident at the 1933 Century of Progress Fair but was repaired and then sold to the director of the automotive division of the U.S. Bureau of Standards. However not long after the purchase the Dymaxion was completely destroyed in a fire at the garage of the Bureau of Standards.

The second prototype has an interesting story behind it. Apparently it currently resides at the Harrah Collection of the Nation Automobile Museum in Reno. But prior to that it was once owned by the Gulf Refining company where it was driven across the country to as an advertising campaign promoting aircraft fuel. It was also reported from Fullers notes that he was great friends with Amelia Earhart. She requested that the Dymaxion be the car she used for the celebration of her being awarded with the National Gold Medal from National Geographic. 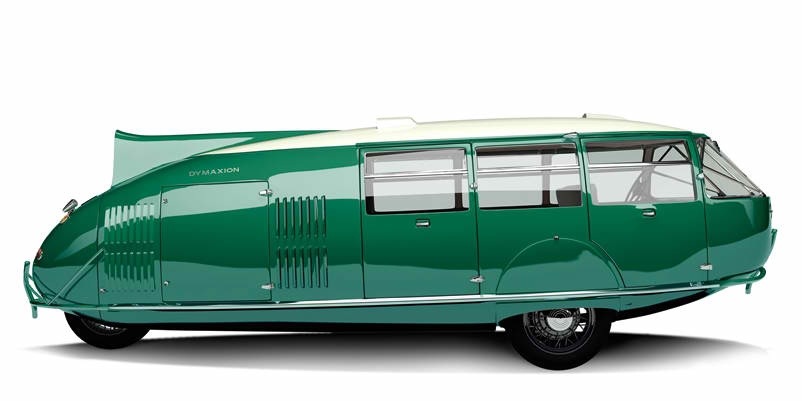 There wasn’t a lot of information on the third prototype other than it allegedly clocked over 300,000 miles on the odometer. It changed hands numerous times and many feel as if it went to the scrap yard sometime in the late ’50s. Fuller made this vehicle with the intentions of it being not only fast , but extremely efficient. He had hopes of reaching as high as 30mpg when he reached the 120mph top speed. Although the top speed goal may not have been achieved, it was reported the prototypes experienced over 20mpg. Even by today’s standards that is decent fuel efficiency in a regular passenger car, for vehicles large enough to hold 11 people that is fantastic. Dymaxion is a word that Fuller himself came up with using the words “dynamic, Maximum, and Tension”. It was supposed to remind him of the principals he wanted to live by, and the goals he set for himself to do more with less. He apparently took it much further than this one vehicle, he also built a Dymaxion House that was dome shaped.

This is the only footage I could find of the event with Amelia Earhart.

Here is a modern replica to give you a little better understanding of the vehicle.