If you’ve not had the chance, check out the Jerry Seinfeld and Obama video. It is, at the very least, amusing. The video is a nod to the series, Comedians in Cars Getting Coffee, which Seinfeld’s show where he takes rides with comedians. This writer isn’t a fan of Seinfeld’s original show, but the new show is a gas. 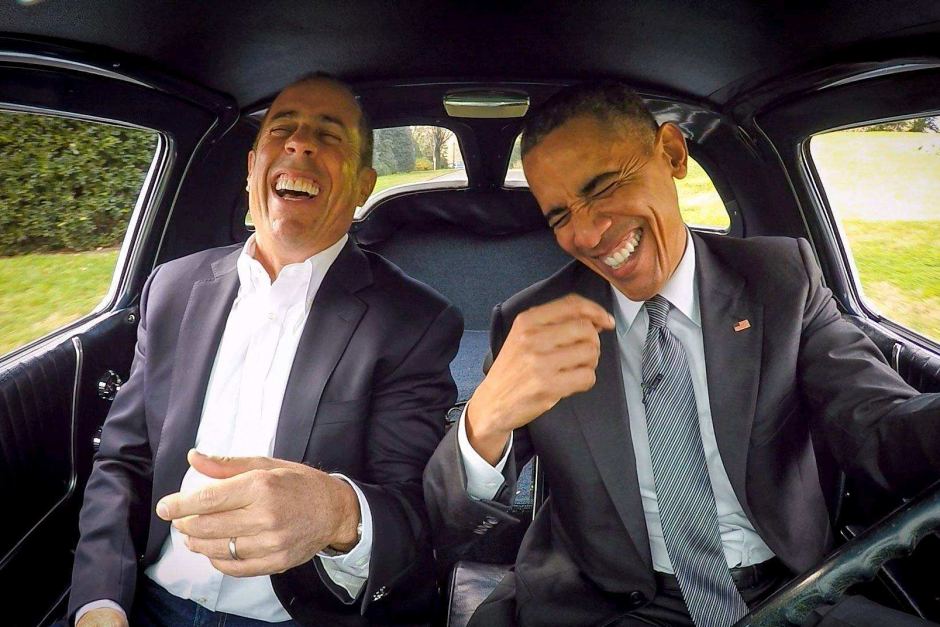 Obama did his best to keep up, but the man’s reputation is not for comedy. Anyway, the point is, in the video you see Obama driving. It’s rare, as chauffeurs have shuttled presidents around as long as they’ve used cars.

Over the years, we modified those limos quite a bit, as you can imagine. Spoiler alert: They’re all Lincolns and Cadillacs. Call ‘em a baker’s dozen, these are the 13 Presidential Limos. 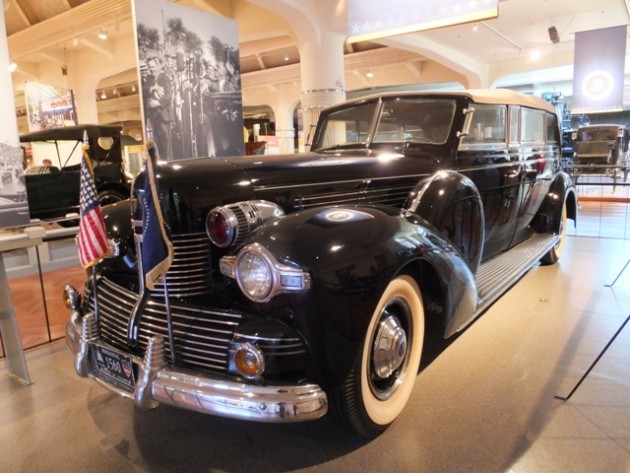 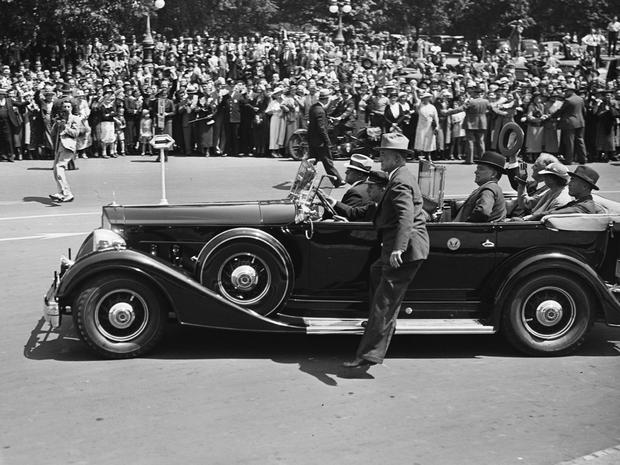 This car is also sometimes called the Sunshine Special. It was the replacement for the K-series by Lincoln, so maybe folks thought that was what Lincoln called it. Maybe folks don’t care. Anyway, FDR’s office ordered it, but Harry Truman also used this limo until 1950.

The 1950 Cosmo ordered by Harry Truman would also transport Dwight Eisenhower and John F. Kennedy. It was one of the last convertible limos for the president, after the assassination of JFK in his Continental. This 1950 you can see on display at the Henry Ford Museum. Note the anti-assassination bubble in the photo. Where was this feature when they shot JFK? 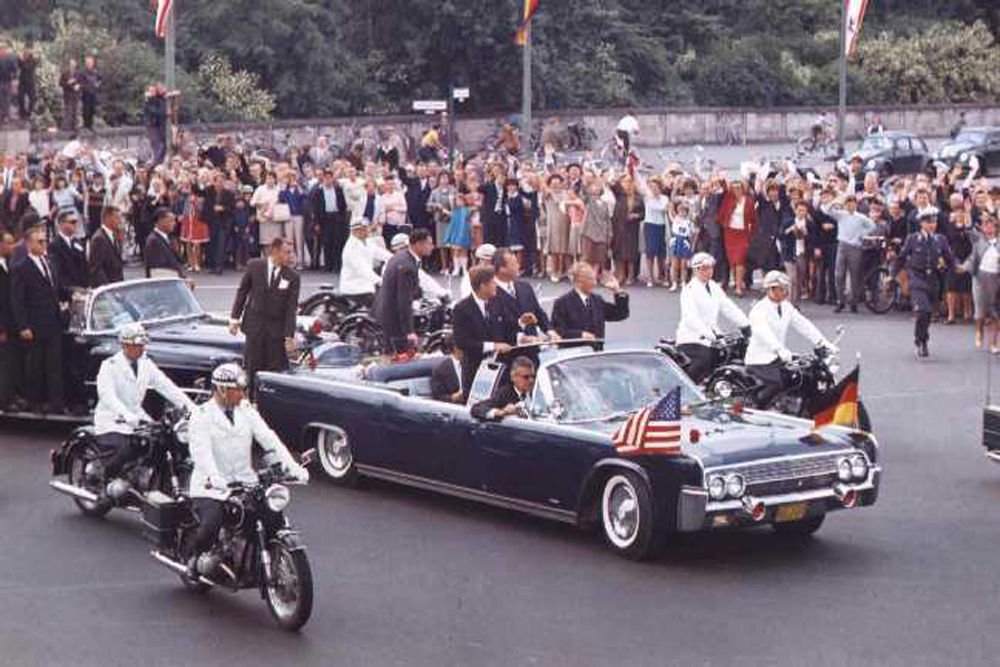 This was a popular model, first purchased in ’61, then repeated four times. Although JFK’s ’61 was the first, followed by LBJ and Nixon, the most prestigious was the 1972. Gerald Ford’s office ordered the special Lincoln, made with the 1973 body style. Two other presidents would go on to use the same limo, Carter, and Reagan. Two assassination attempts occurred while the ’72 was in service, Ford, and Reagan. 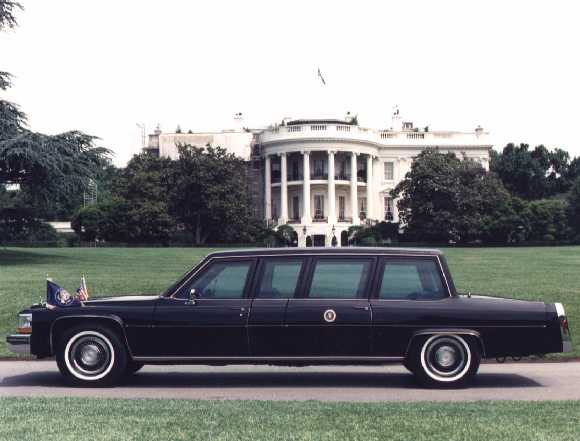 Finally, a Caddy in the White House. It only took them 40 years to do it. The Brougham line, along with a couple of other badges were the elite trim lines in Cadillac’s standard lineup. They manufactured this specific Fleetwood Brougham from ’77 to ’86. It was Ronald Reagan’ limo during his entire presidency. The engine was a V8, which sounds small if you consider the Sunshine Special, but it still cranked 135 horsepower off the line. 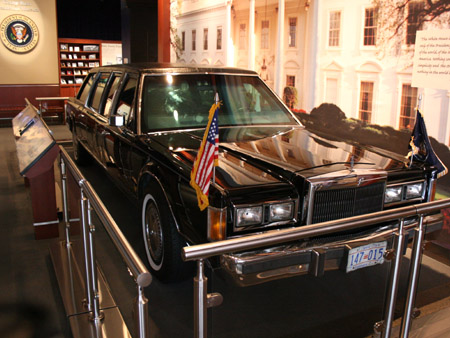 George H.W. Bush brought Lincoln back to the White House with a classic, the Town Car. More Town Cars became limousines than any other vehicle in the 80’s. The Town Car was once a trim of the Continental, but by the 80’s Lincoln saw fit to give Town Car its own line. The ’89 was no slouch under the hood. Off the line, it hammered 180 horsies with its 4.9 liter V8. 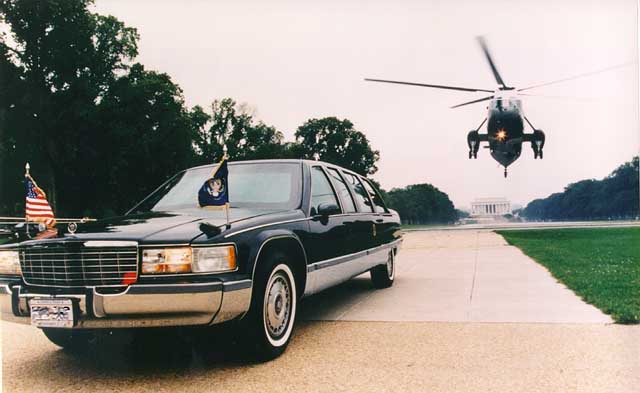 Cadillac, who would not let their brand get pushed away so fast, built this Fleetwood from the ground up for the then-new president, Bill Clinton. Every presidential car up until this point was a modified production car. The car sits at the Clinton Presidential Library. 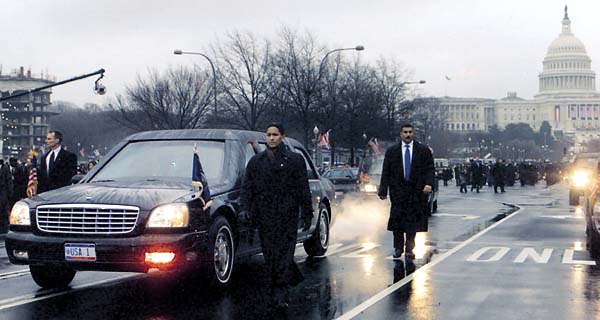 The 2001 DeVille President G.W. Bush ordered was his first term limo. Cadillac started making DeVille’s in ’59, but the 8th generation saw the first major redesign since the 1994 model. The 2001 was a V8 (4.6 Liter), of course, but came with 300 horsepower off the line. The 8th generation would be the last. Cadillac replaced them with the DTS. 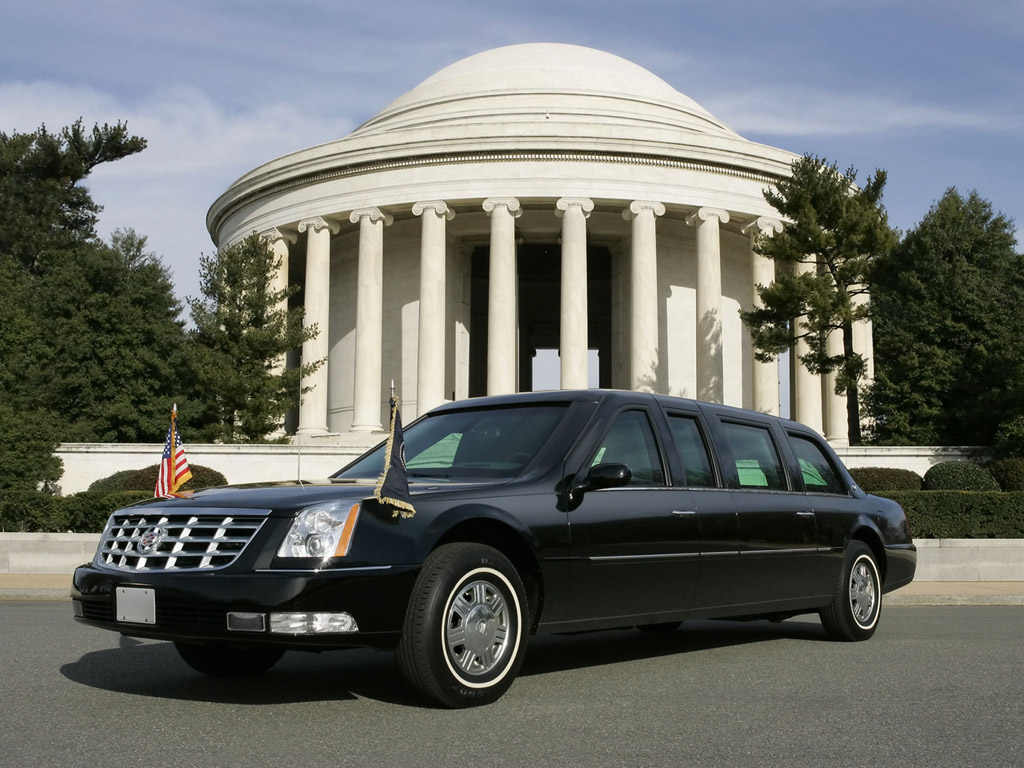 This was also G.W. Bush’s limo. Harkening the nickname given the first presidential limo, this one too had a special name. They called it Cadillac one, reflecting the name given the presidential plane: Air Force One. Technically, the DTS didn’t come out until 2006, but this one was a custom built model, with a raised roof and armored walls. It has red strobes and red and blue emergency bulbs in the grill. The’ye outfitted the wheels with run flats, and one cannot open the windows. In total, seven adults can fit in Cadillac one. 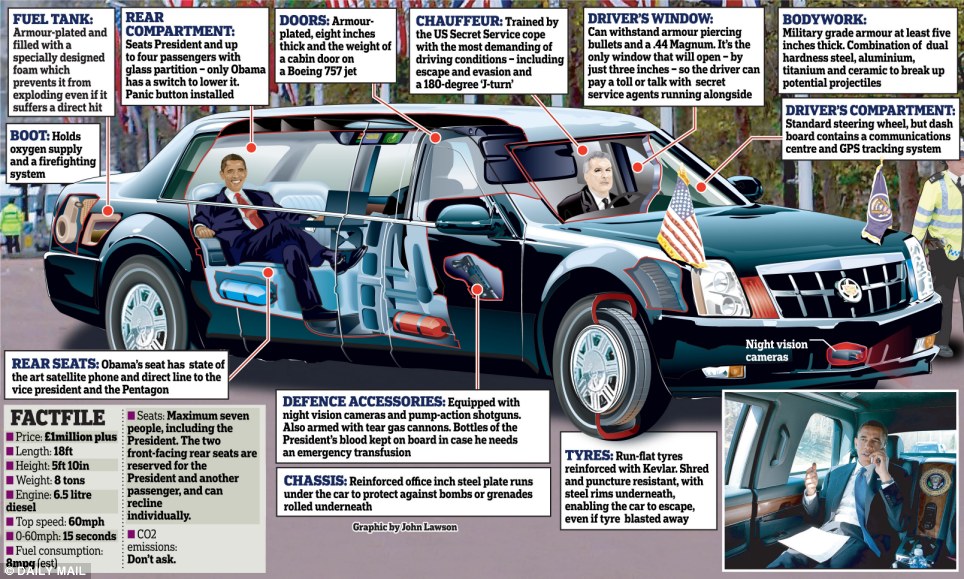 Although it would be impossible to prove, there may be as many as twelve of these limos in use by the White House. Operating duplicates is nothing new to security, a tactic used by politicians and celebrities around the world. This model was the replacement for the 2005 model but intended for Barack Obama. They named it Cadillac One, but then nicknamed it, The Beast.

Most of the security features are still classified as it is yet in operation. We do know that one cannot open the doors by any traditional means. Only the secret service knows this information. The doors are thicker than previous limos too, like airplane door thick. Only the driver’s window opens. The car is also equipped to fire grenades, operate without light, take explosives hit, and it carries two pints of the president’s blood type. 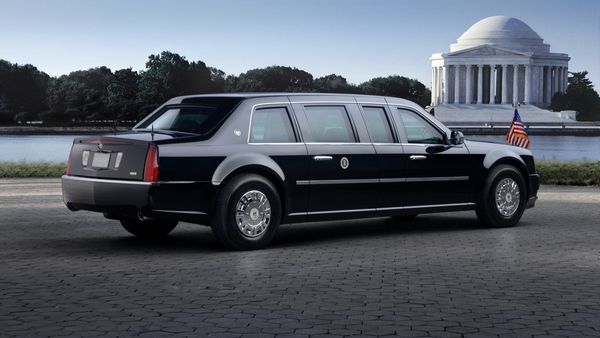 The speculation is what will the incoming president do? Will it be the gold-plated Caddy? Will he bring the Lincoln back to the White House? Who knows. Maybe he’ll keep using The Beast, considering he tried to cancel the order for a new Air Force One. It could be entertaining, that’s for sure. Keep your eyes on Twitter.