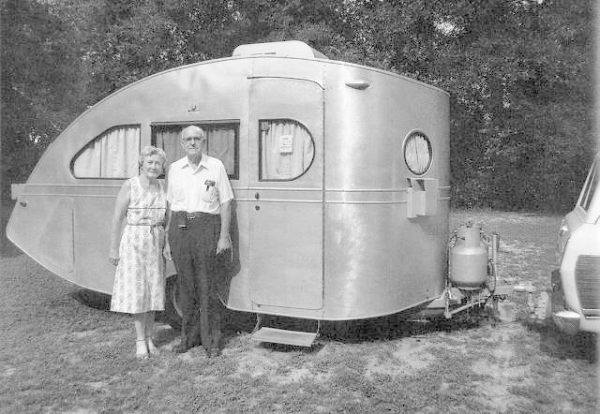 Whether one calls it a toy hauler, an recreational vehicle or an RV, the idea is the same. Especially in the western world, we love to pack our belongings into a smaller versions of our homes then drive them around.

Some of us like to ditch the big home altogether, opting for the life of a nomad. These are the hardcore RVers.

The roots of RVing harden back to the original nomads, the lost “children of India,” as the Indian Minister of External Affairs called them in 2016; the Romani.

Some know them informally (and sometimes pejoratively) as gypsies. Out of respect, we’ll stick with the former name. 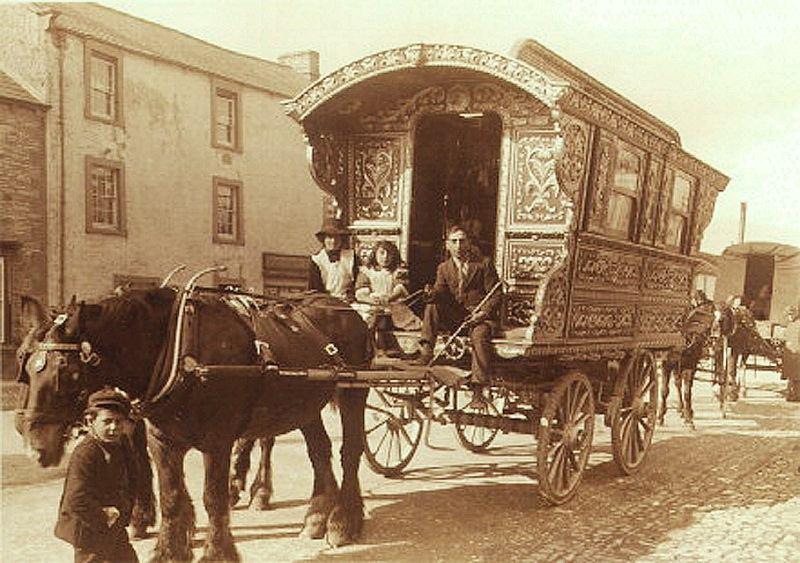 When exactly the Romani left the land we now call India is debatable, but we know they scattered north into parts of Europe. They culture they brought with them was the covered wagon.

As early as the 1800s, unsettled Romani roamed about, living the nomadic life. Some still do. The Romani roamed so far, they made it to the United States.

By our best estimates, from the 2000 census, as many as 1-million people claim Romani heritage in the U.S. alone. We could hardly credit the Romani for the RV revolution in the United States, any more than the invention of the car, but as a group they get some credit.

We had our own nomads in the U.S., but they didn’t travel with wagons before Europeans arrived. To that point, the culture of the New World was to load up wagon and head East.

That was long before the automobile.

The Invention of Cars 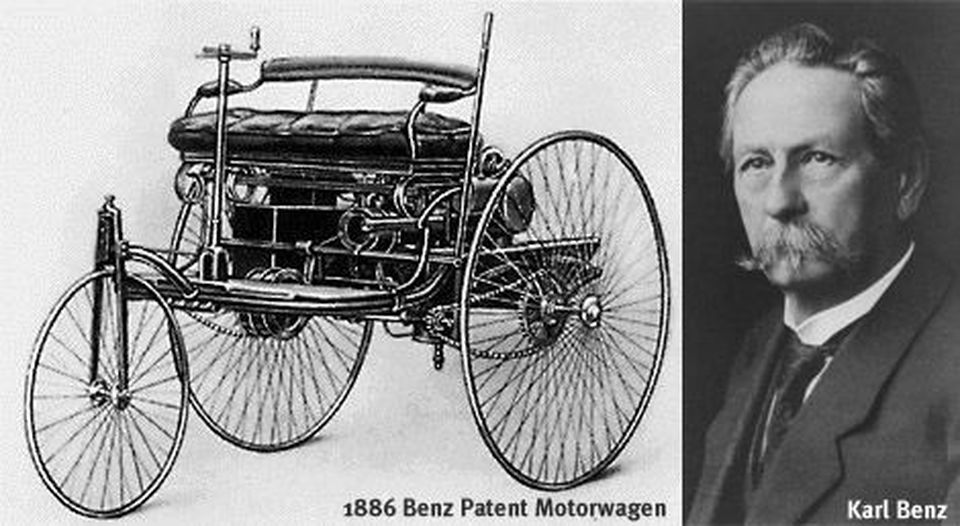 Unless one believes in deep historical debate, the 1800s brought is the invention of the car. That, however, was only a small step on the path to the RV.

It wouldn’t be until mass production of cars that we had the means to consider anything further than a trip to the store.

Early cars suffered bad roads, even well into the 20th century. We didn’t pave Route 66 until 1938, and that was still a long drive without gas stations in many places.

Without refueling stations, you can pack your wagon… er your RV, as light as you want, it ain’t going anywhere without horses… sorry, gas. 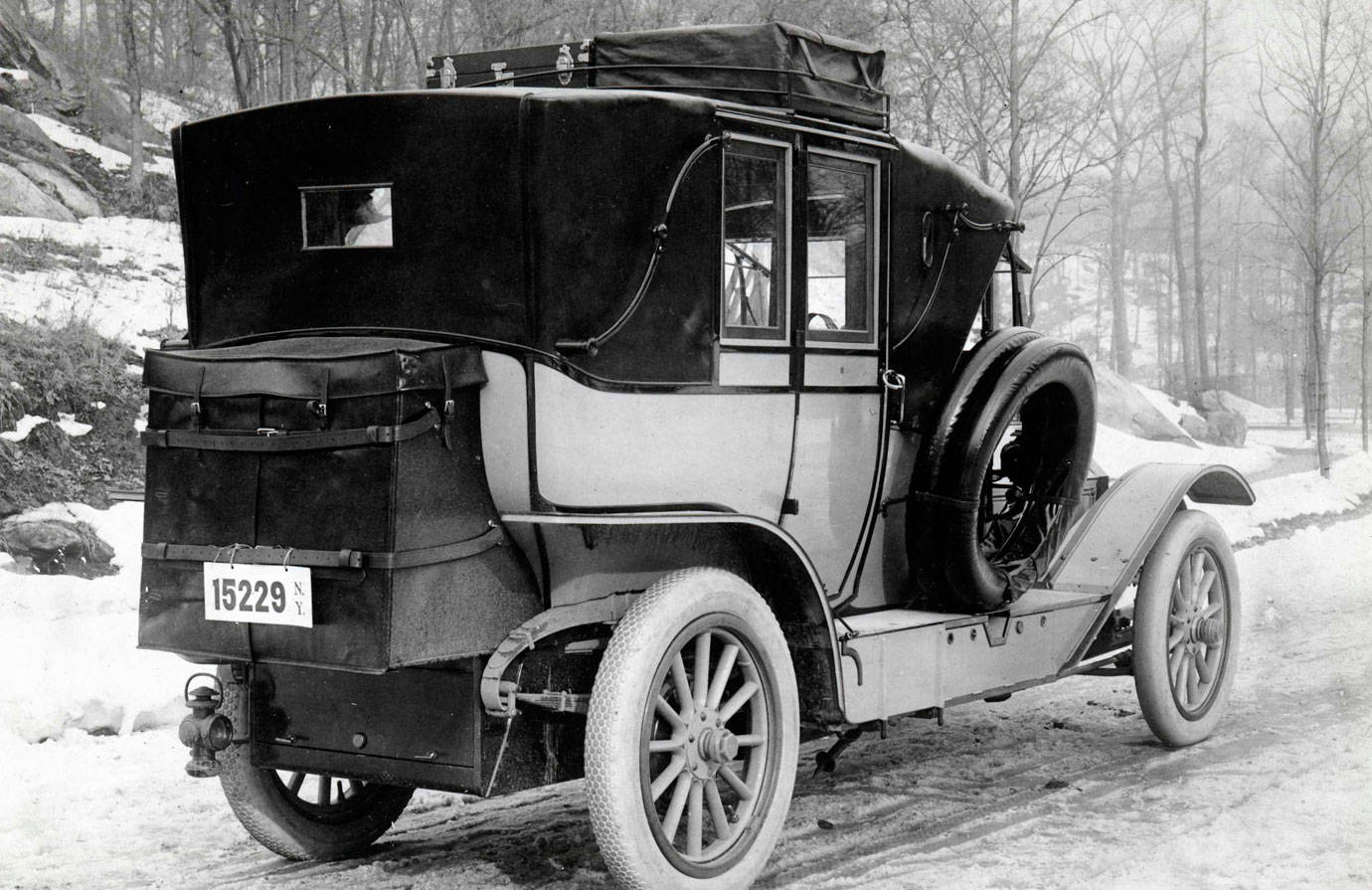 As early as 1910, some historians suggest we saw the first seeds of RVing. That was when the Pierce-Arrow Touring Landau hit dealerships.

Leading RV historians (yup, you read that right), David Woodworth, Al Hesselbart, and Roger B White, agree that the year 1910 was the year it started. That was when America saw the first motorized campers.

“There were one-offs built prior to 1910,” said White in an article by the RV Industry Association (RVIA). “But 1910 is a good benchmark for the industry.”

The Touring Landau had plumbing and an onboard phone.

According to Woodworth, “Before then, people camped in private rail cars that were pulled to sidings along train routes. The year 1910 brought a new freedom to people who didn’t want their lives limited by the rail system. RVs allowed them to go where they wanted when they wanted.”

The early campers even had facilities, according to Hesselbart. “Pierce-Arrow’s ‘Touring Landau’ had a potted toilet,” he told RVIA. 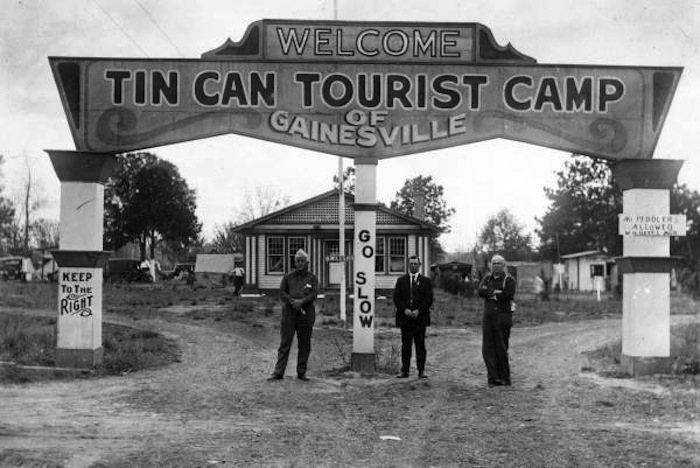 In the 1920s and ‘30s, a nicknamed ascribed to RV owners was Tin Can Tourists. The name came from their tendency to weld tin cans to the radiators for warming up food. They pulled tin boxes on wheels behind their Tin Lizzies (Model Ts) across unpacked roads in an act of ‘Murican exploration.

Lewis and Clark may have blazed the first trails, but it was in our blood to explore the land in tin. Americans inherited that restless DNA from the people who came over on boats.

Tin Can Tourists ventured out, camping on roadsides, heating up tin cans of food (I know, right?) on gas stoves or open fires. They bathed in freezing cold bathtubs, most likely made of tin.

It wasn’t until the late 1930’s the predecessors to the Airstream style would hit the market.

By the 1950s, we’d hit full speed on RVing. It was an official part of U.S. Culture. Coast-to-coast, one can find RV parks and groups dedicated to the art of RVing. There, one may even run into someone with Romani heritage.