Year after year, the same vehicles make the National Insurance Crime Bureau (NICB) list of most stolen cars, the only differences being the model years of those cars and a minor deck-shuffling each year.

The easiest cars to steal are still older cars, with outdated or non-existent anti-theft measures in place.

The other factor which makes cars popular to thieves is their general popularity. The more popular a car, the more produced, the more of them parked where thieves can steal them.

It’s a theory of simple math. There is safety in numbers, at least for the thieves trying to blend in, but non-safety for the car owners who were hoping not to be targeted. The more cars on the road like yours, the better chance your vehicle could get stolen.

Compiled from the 2016 report, these were the vehicles in 2015 that thieves lifted the most. 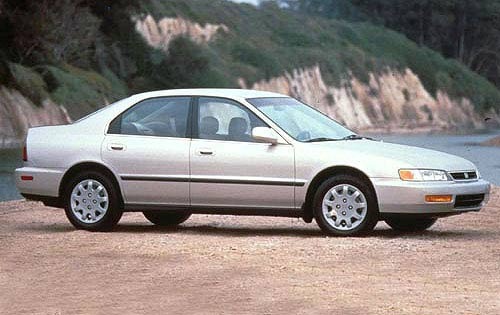 The year 1996 was the 20 year anniversary for the Accord. There are few cars that blend in better anywhere in the world, there are so many on the streets.

No surprise, it has been a top-selling car in the United States since 1989. That is mostly due to the reliability and predictable performance.Made in the U.S.A. didn’t hurt either. The Accord was the first Japanese vehicle that they produced in the U.S.

Made in the U.S.A. didn’t hurt either. The Accord was the first Japanese vehicle that they produced in the U.S.

With all those Accords on the road, replacement parts are easy to find and cheap. 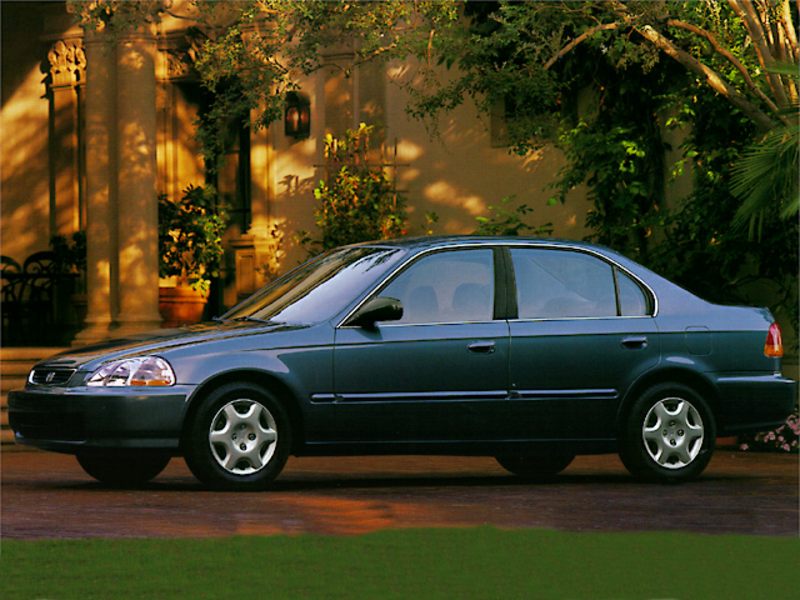 The Civic saved the Honda brand in many ways, introducing a fuel efficient car at a time when people needed exactly that. Since its release, it too has been a top-seller; easy to find, easy to blend in. Also, easy to steal.

We’ve had Civics on the road a year longer than the Accord, enjoying many model variants over the years, including the Targa top del Sol vision and the CRX. Most of the limited release models never make the most stolen list, confirming the simple math theory. 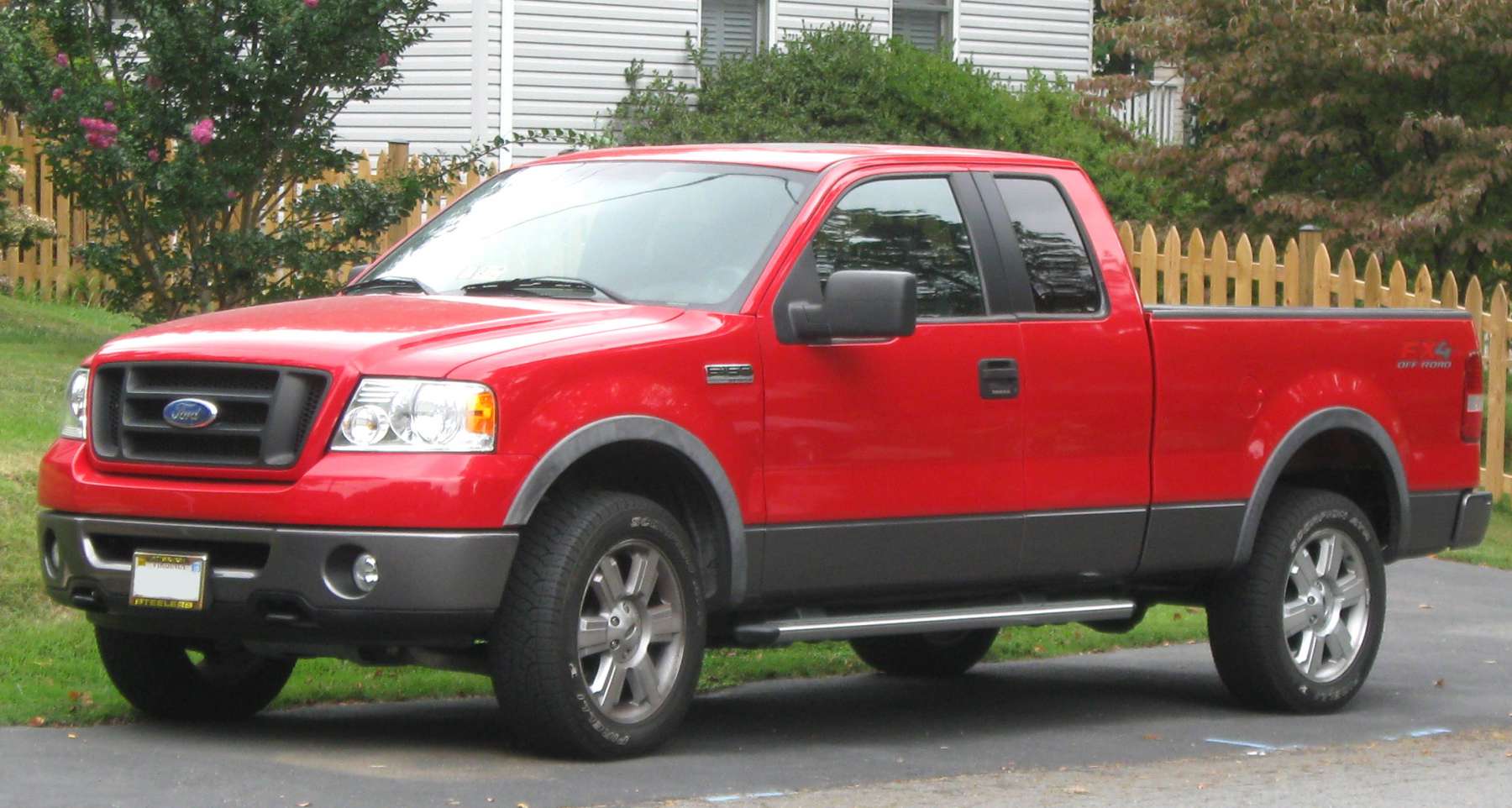 Brace yourself for this, but the Ford F-series has been the top-selling vehicle in the United States since 1948, beating the Hondas. Their not just built in the U.S.A., but designed too, tested, all of that. The F-series bleeds red, white, and blue.

This is the truck that does anything and goes anywhere or at least that’s what buyers believe. That’s not a bad pitch for thieves either, especially if they need to make a getaway. 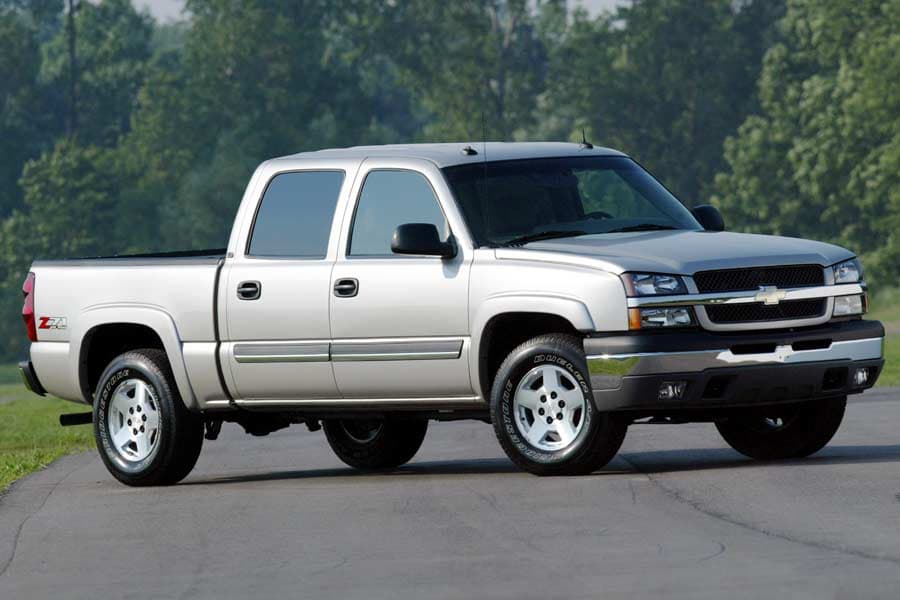 The Silverado comes in right behind the F-Series for best-selling vehicles, all at once ending the debate about which brand is superior.

What’s interesting to note is how the trucks suffer from later model thefts than the cars ahead of them on this list. For a moment it seems like a pattern until you see the next vehicle on the list. 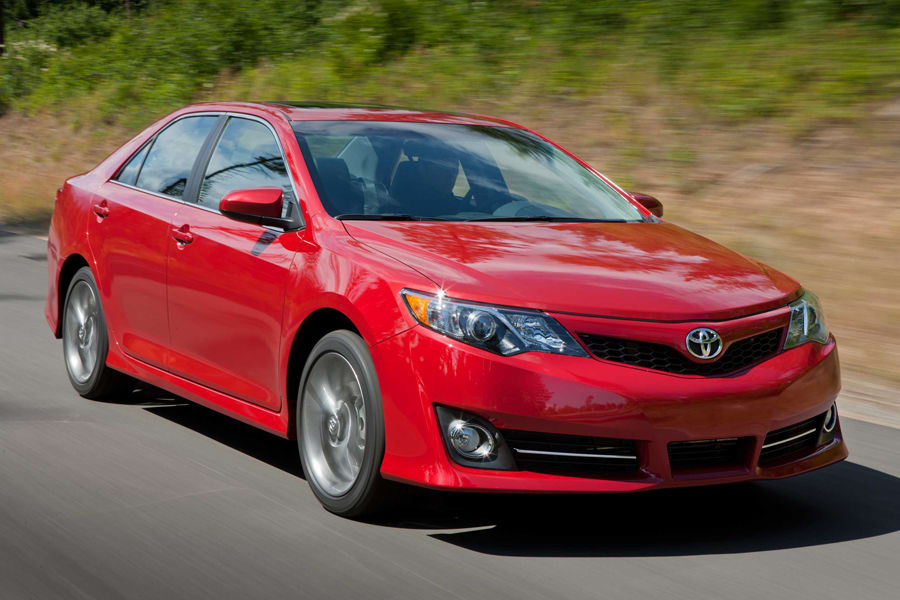 The least sexy on this list, the Mom-wagon of the bunch, if you wanted to steal a car that makes you look inconspicuous, the Toyota Camry is the way to go.

It’s as close to driving a minivan as one can get without actually driving a minivan. Also, the late models of the Camry have some serious torque for a soccer mom car. For a thief, few other cars offer the ability to hide in plain site, powered by a torquey engine. 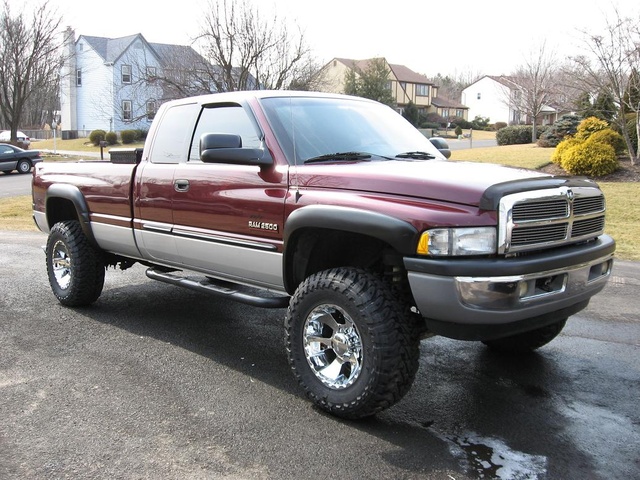 The fans of Dodge are the true rebels, refusing to play into the Ford vs. Chevy debate. They are the rugged individuals of whom President Herbert Hoover spoke.

In fact, Ram is such a rebel truck, it recently broke off from Dodge as its own brand, Ram. The 2001 model, however, was the third generation of Dodge Rams, with all new everything, from the frame to the sheet metal. 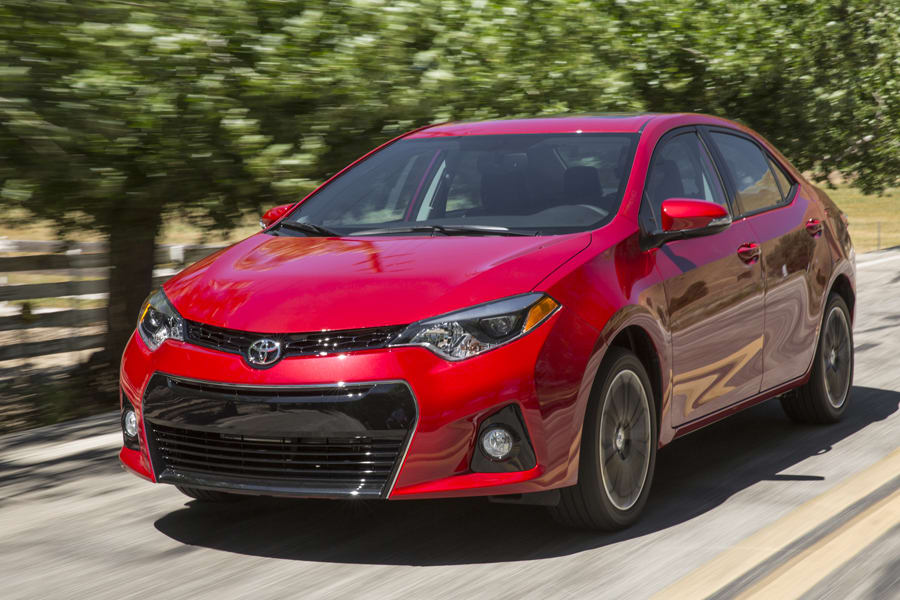 At one time, the Toyota Corolla held the line for best selling vehicle. When Toyota introduced the model in 1966, it hit the ground running.

By 1974, it was the best-selling car worldwide. It has maintained a top position every year since then, despite massive changes over the years. What hasn’t changed is its popularity amongst thieves. 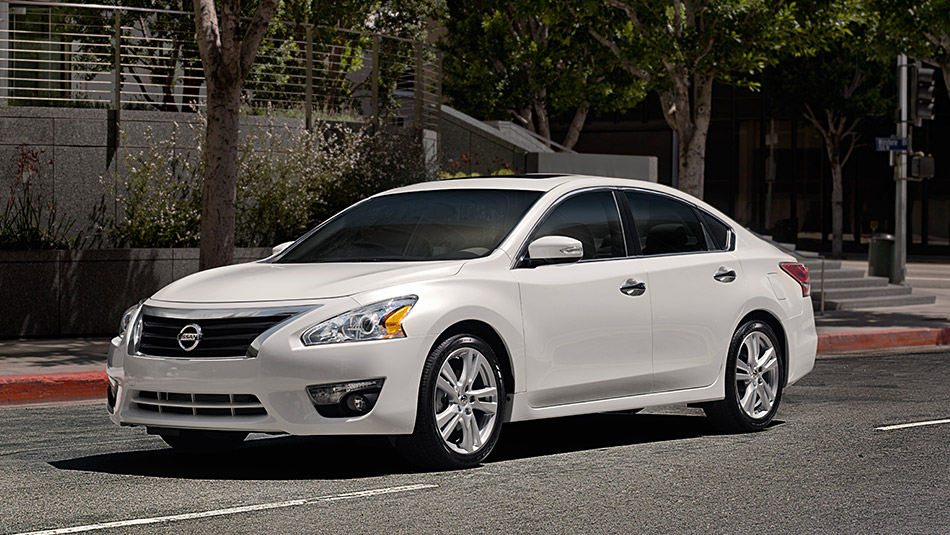 The Altima is somewhat new to this list, only out since ’92. The 2015 Altima was part of the fifth generation of Altimas, a more aggressively styled car.

The Altima toes a line between mediocrity and sexy, close enough to marginal to make it worth stealing. It is a top-selling car for Nissan, which also makes it an easy target for thieves.

Of this list, this is the wildcard. Who, in his right mind, would steal a minivan? Duh. Someone who wants to blend in.

What police officer would pull over a minivan? You would have to break many traffic laws before the po-po would get wise to your shenanigans.

Like the Camry, the Caravan has some pep, valuable should your theft turn into a hot pursuit. 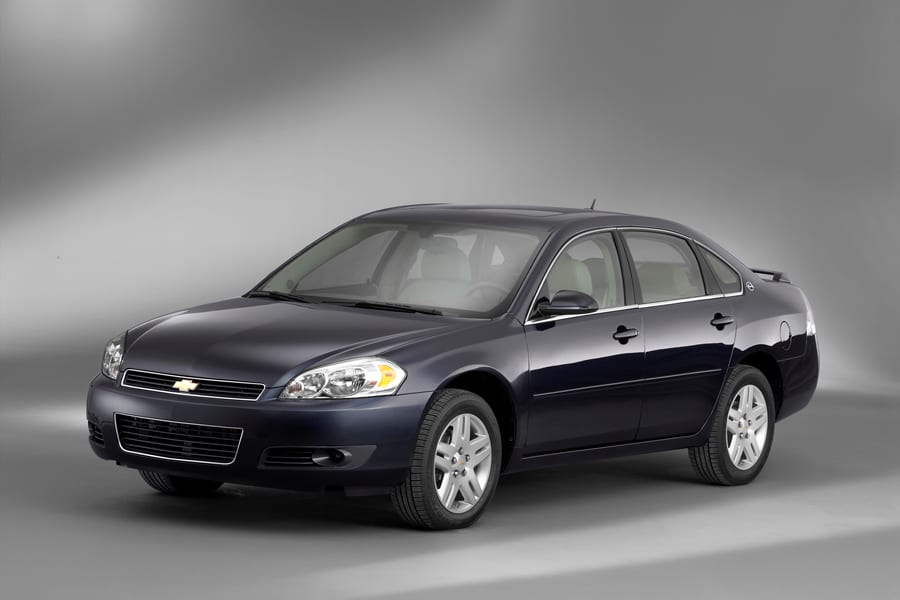 Also a bit of an odd one for this list, the Impala has been one of Chevy’s most expensive models. It’s name borrows from the horned beast by the same name, a fast creature. That message is not lost on thieves.

For a few years, Chevy took it off the road, then redesigned and reintroduced it in 2000.

The irony about the 2008 model making this list is that in 2001 police departments started converting Impalas into cop cars. The 2008 model was no exception.

If you want a car that won’t likely get lifted, buy a luxury car with an anti-theft package. That way of you get some ballsy thieves, you can at least recover your vehicle. Many insurance companies will discount premium insurance if you install the right anti-theft system.