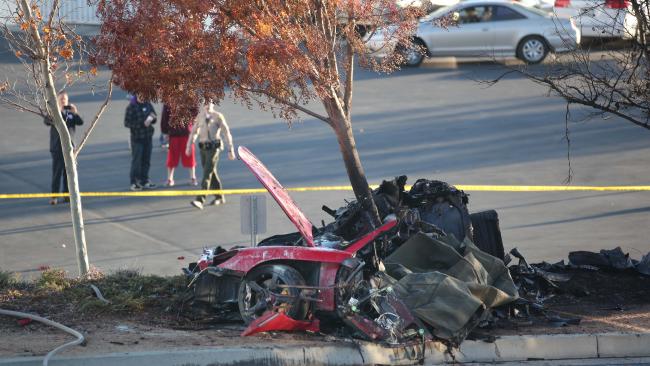 news.com
In one of the most tragic car crashes in recent memory, Paul Walker of Fast and the Furious fame died in a terrible crash when the Porsche Carrera GT he was a passenger of went out of control, hit a tree, and then exploded on Nov. 30, 2013.  Walker and his financial adviser, Roger Rodas, both perished in the fiery blaze. According to reports, Walker survived the crash but burned to death in the fire.